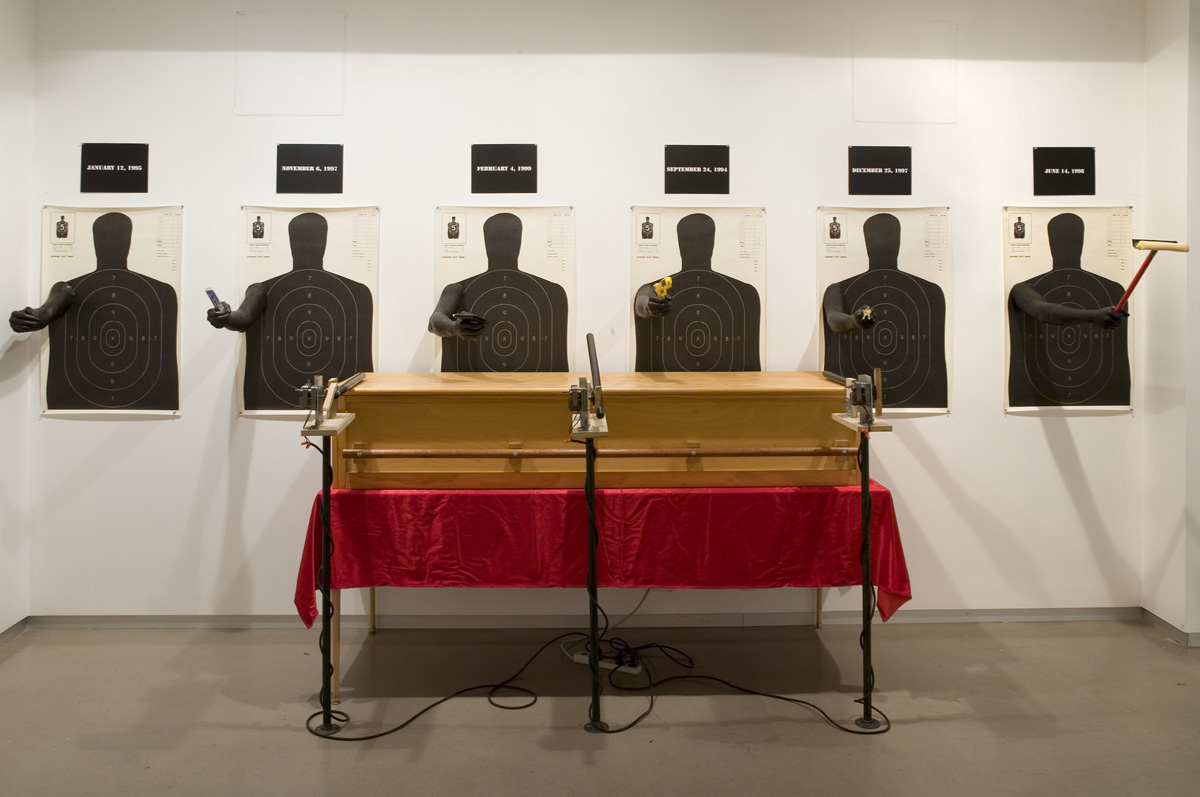 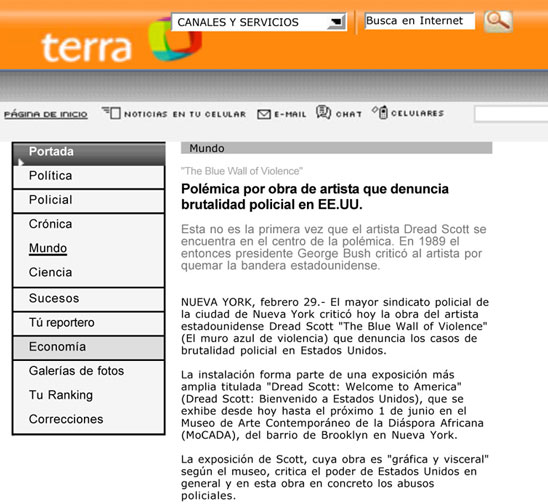 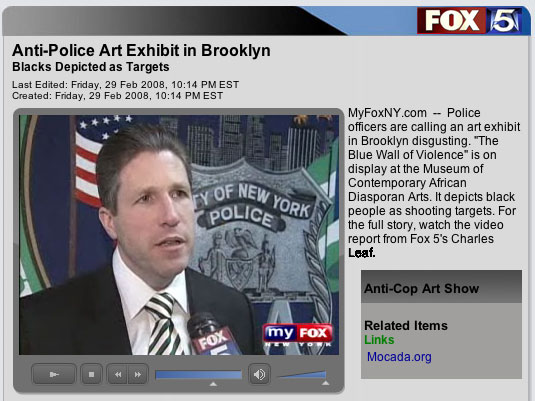 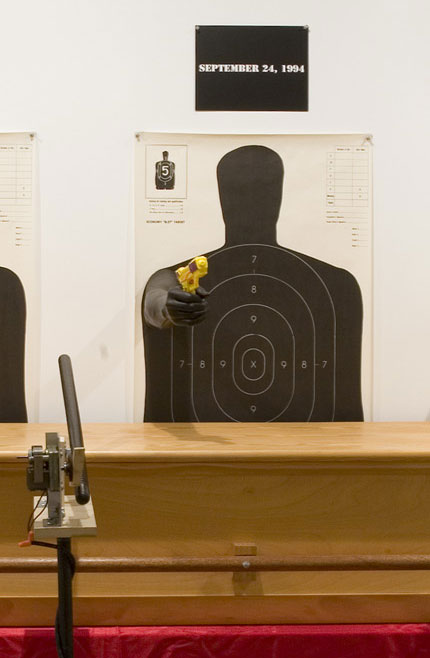 The Blue Wall of Violence is an installation that addresses police brutality. It focuses on the object which the police “mistook” for a dangerous weapon when they shot an unarmed person. The project consists of several elements: On the wall are six actual FBI silhouette targets which police use for shooting practice. Protruding from each of these is a cast of an arm. In each hand is an object-wallet, house keys, 3 Musketeers bar, squeegee, etc. In front of this is a coffin and in front of the coffin are three police batons which each strike it every 10 seconds with a loud penetrating bang.

Dread Scott: Welcome to America opened Spring 2008 at MoCADA (the Museum of Contemporary African Disporan Art) and it included this work. The day after it opened the exhibition was vilified in the NY Daily News and the police union called for the city and state to defund the museum because of the inclusion of “The Blue Wall of Violence.” In its Feb. 29 article bearing the headline “Finest: Dis Art is the Worst!” the News wrote: “A cop-bashing art exhibit at a taxpayer-funded museum in Brooklyn portrays the city’s Finest as trigger-happy racists who have put bull’s-eyes on the backs of black New Yorkers.” The controversy over this work continued and was covered on all local TV news stations as well as numerous newspapers, both print and online, locally as well as internationally. A brief sampling of some of the coverage is below following details of the art. The show remained open and it included “Blue Wall” during the entire run of the exhibition.