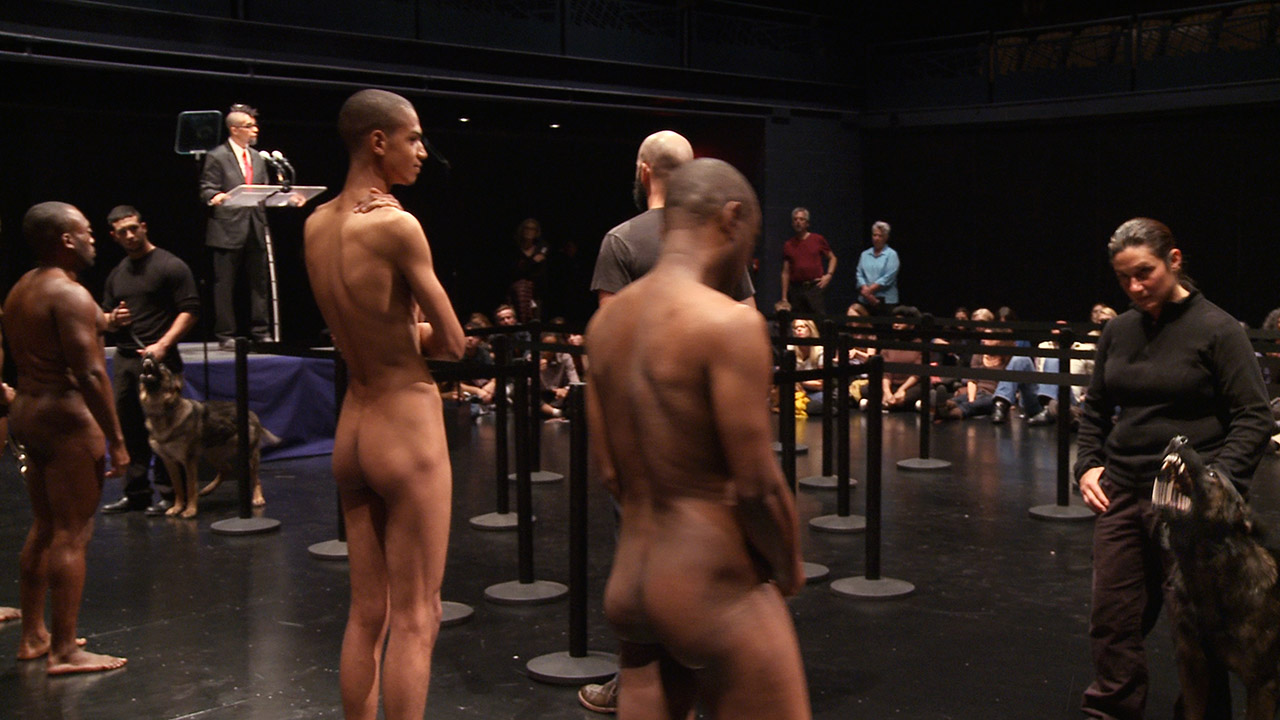 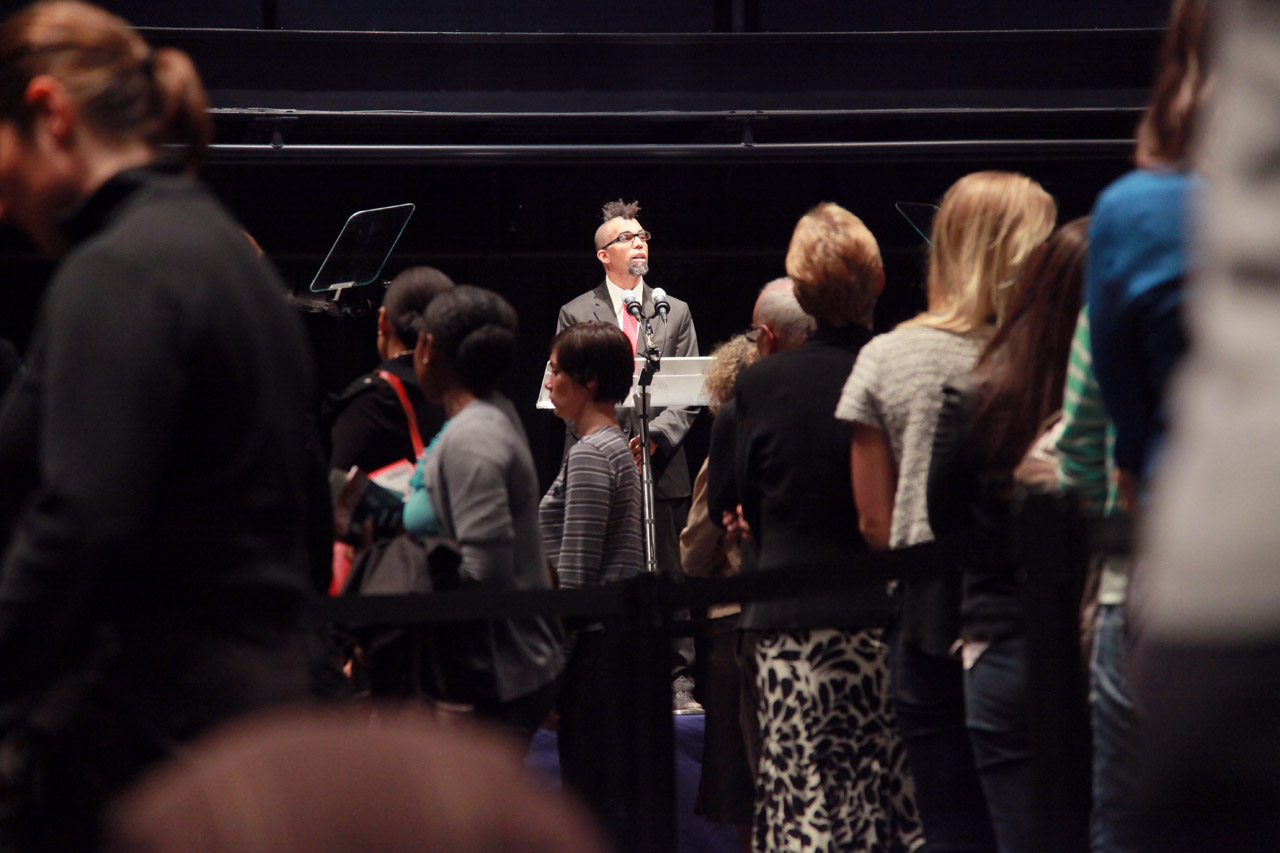 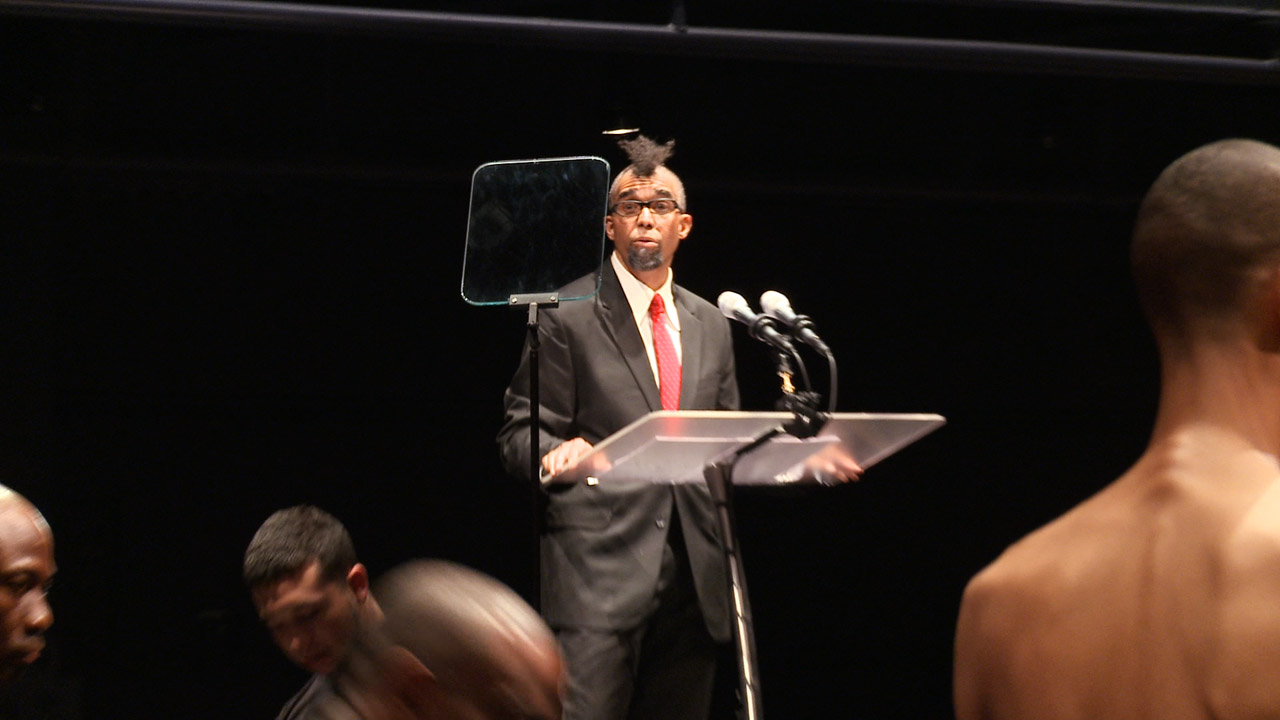 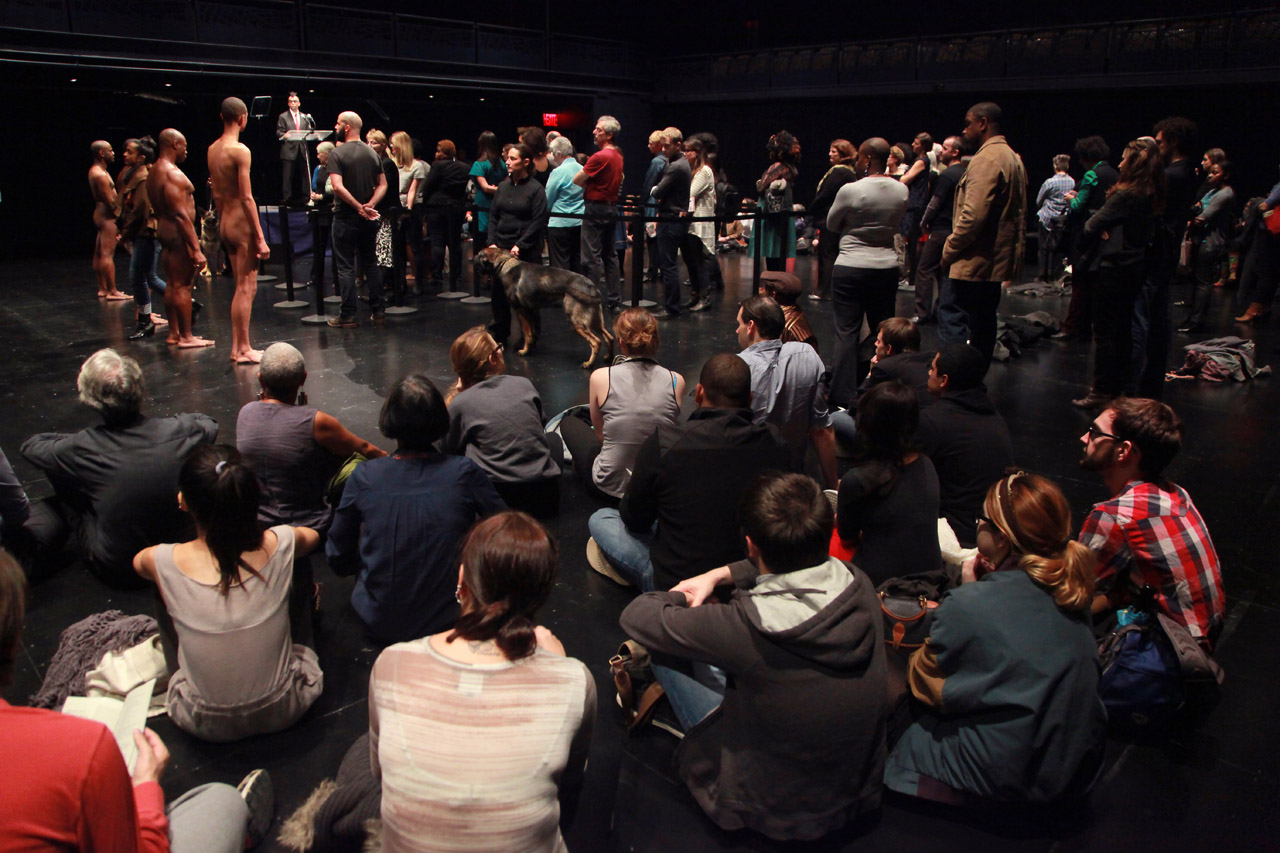 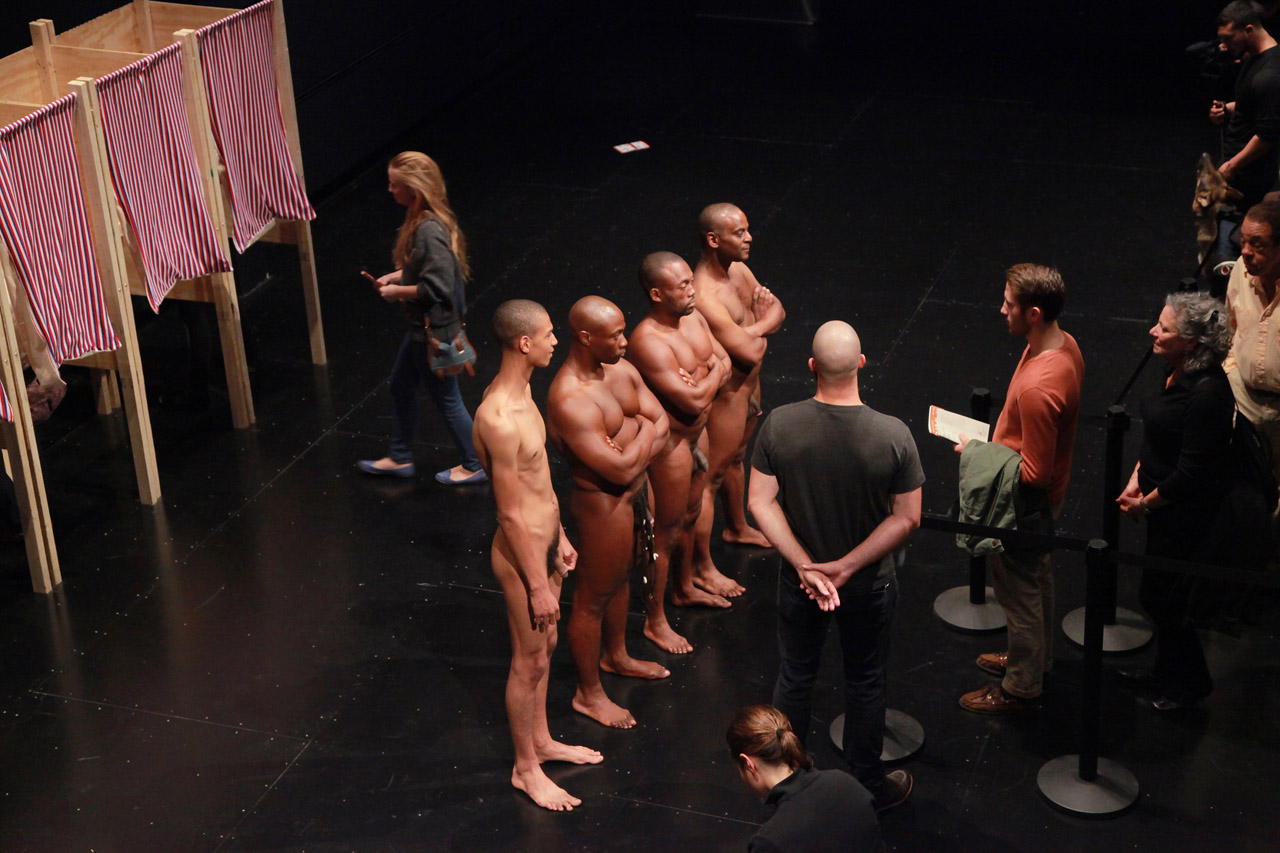 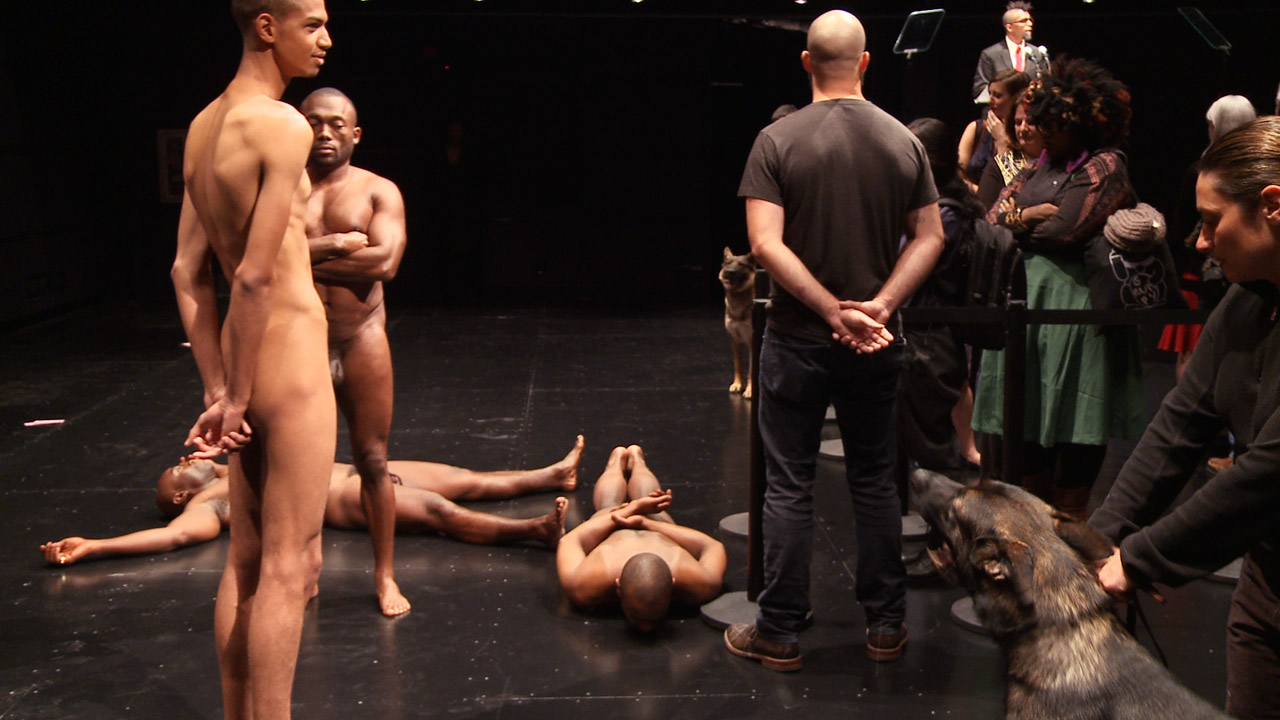 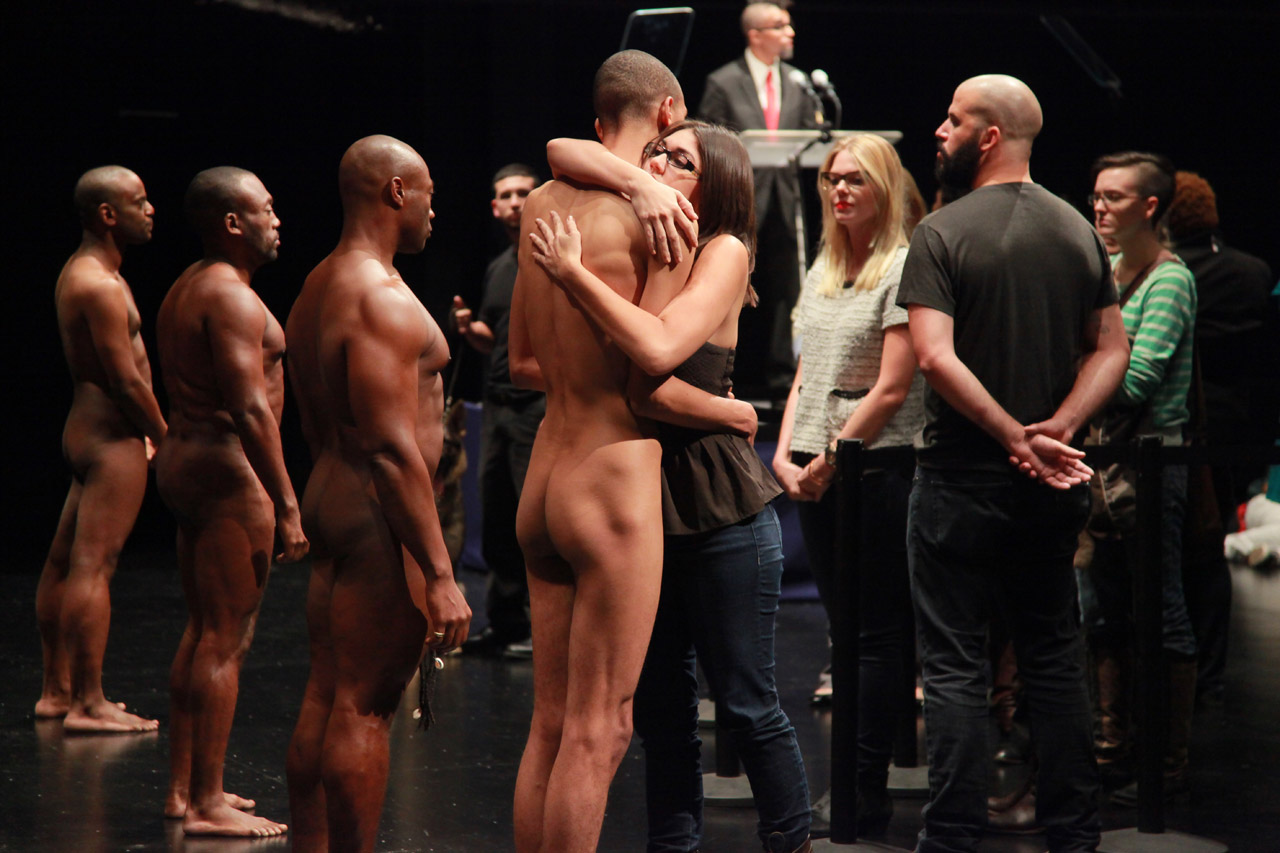 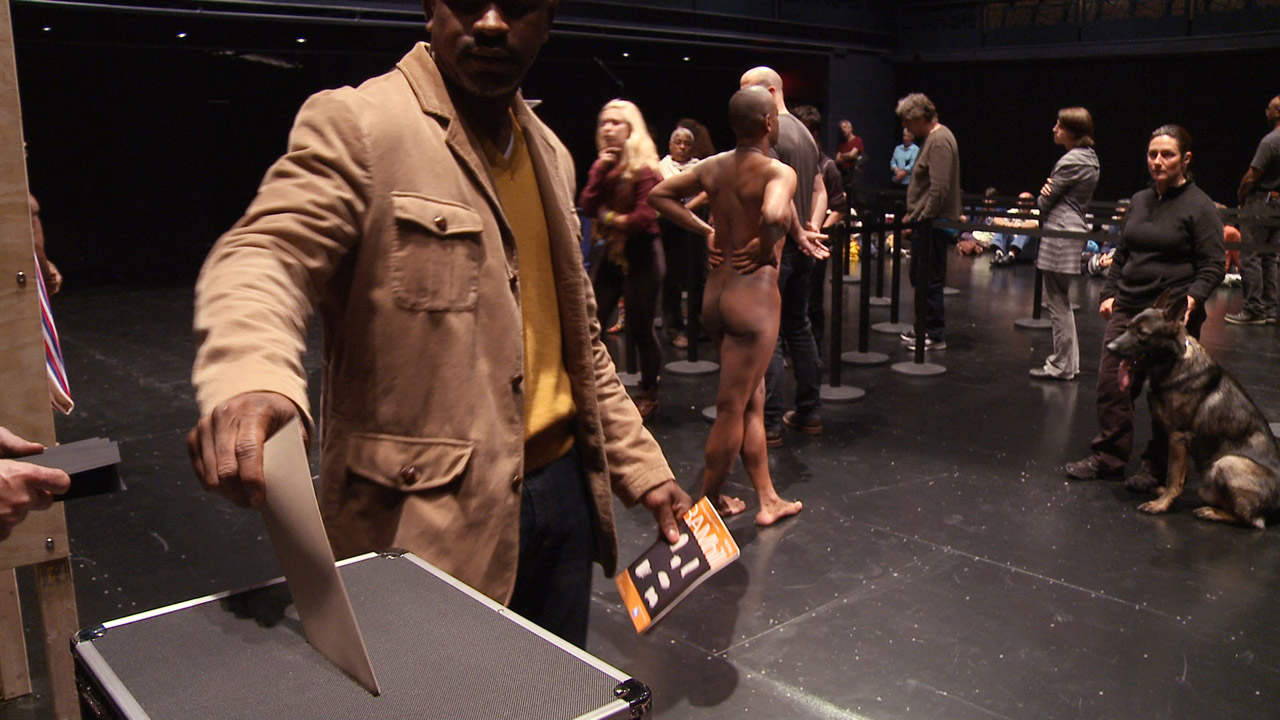 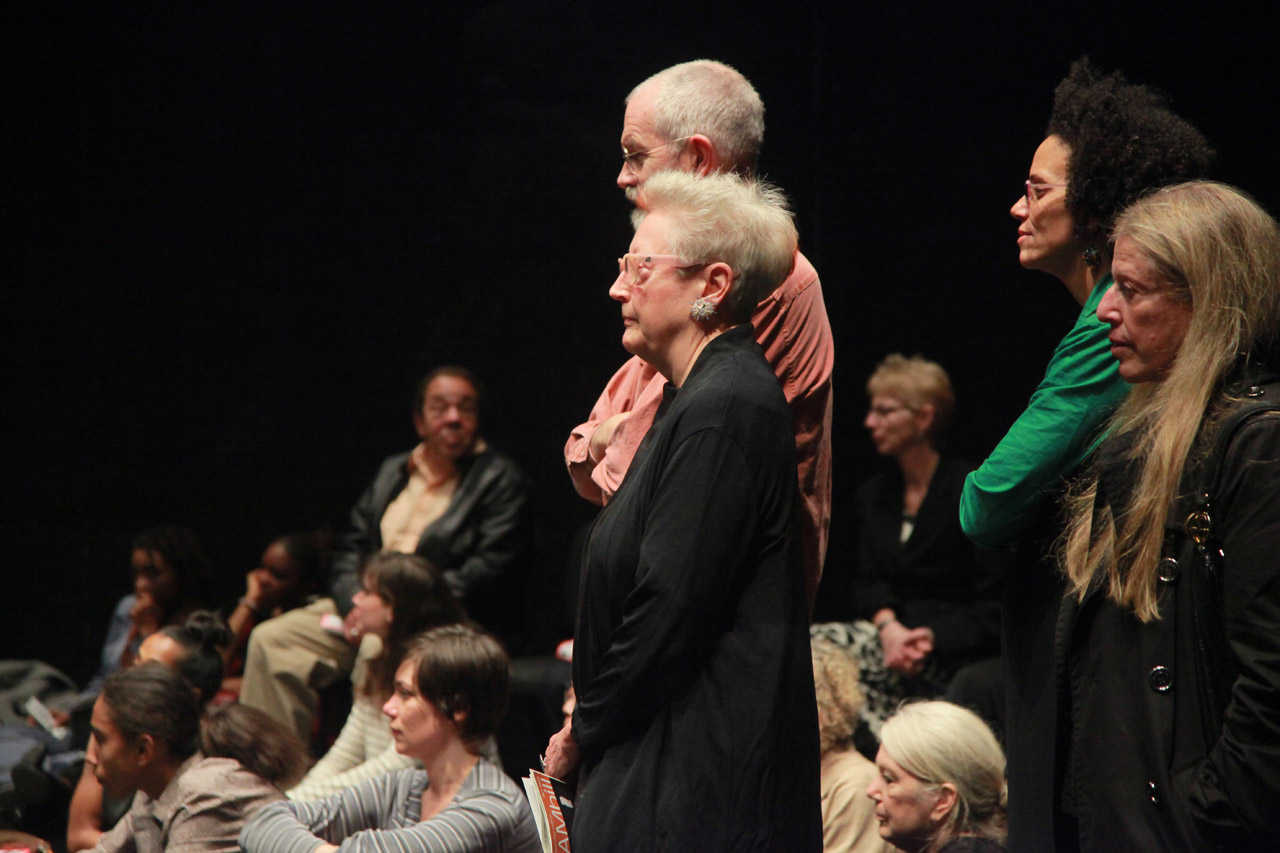 Dread Scott: Decision is a performance that reflects on a country whose democracy is rooted in slavery.  These roots are woven into the fabric of the country including in its founding documents.  The performance featured three main elements:

The nude Black men stood in a line and changed positions occasionally throughout the performance. There was no separation between the dogs with their handlers and the prisoners that they “guard.”  Likewise the audience was not separated from the men or the dogs, though they were not be allowed near the dogs.  The men looked at the audience throughout the performance.

In the voting booth, the vote would not stop the control and harassment that of the Black men in the performance. The questionnaire in the booth posed moral questions to each audience member individually. Would they have voted in a segregated election?  And would they vote in the upcoming US presidential election if their vote implied acceptance of continuing the legacy of slavery within US society?

Dread Scott: Decision was part of Brooklyn Bred, a set of performances at the BAM Fisher curated by Martha Wilson.  It was premiered as part of BAM’s 30th Anniversary Next Wave Festival.

The text of the Dred Scott Decision is a lengthy argument for white supremacy.  It’s arguments are rooted in the US Constitution, the Declaration of Independence and U.S. law and custom.  It is well worth reading.  Download a PDF of the text.