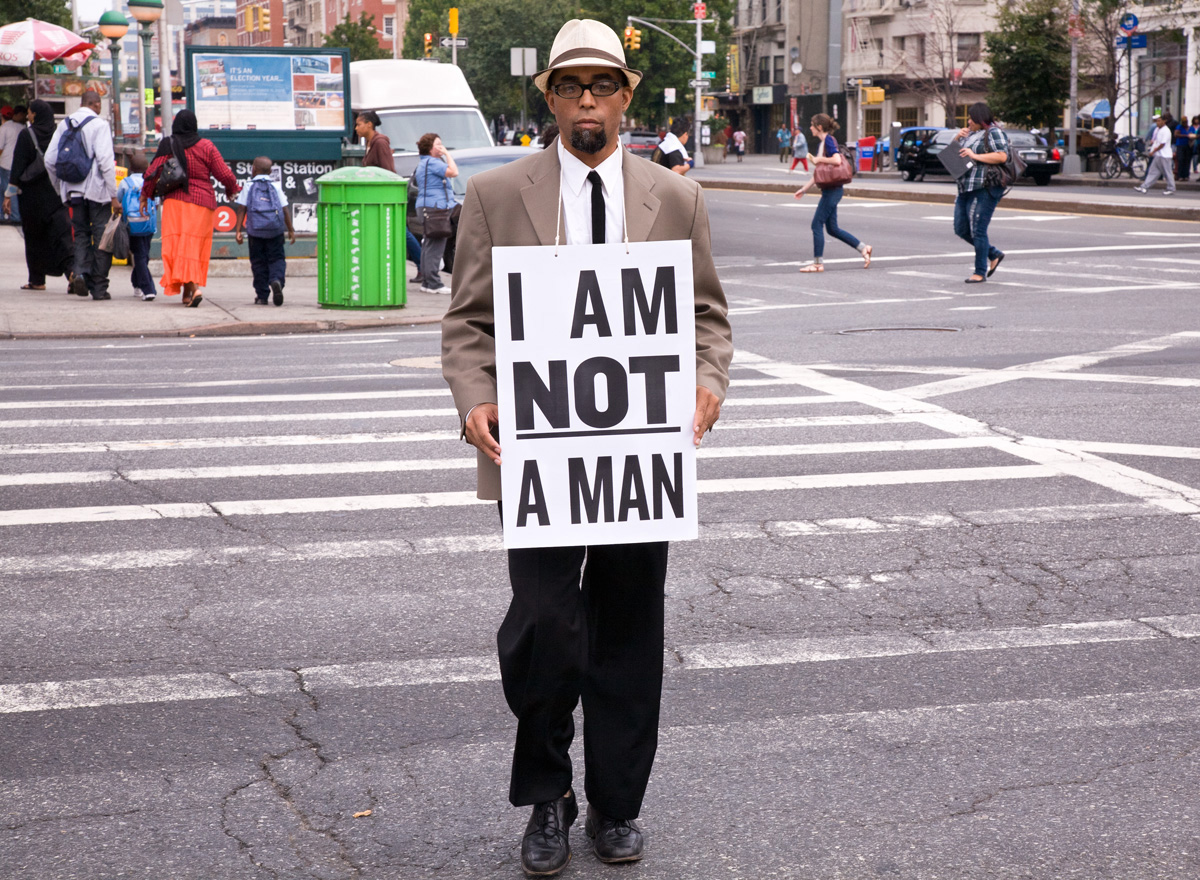 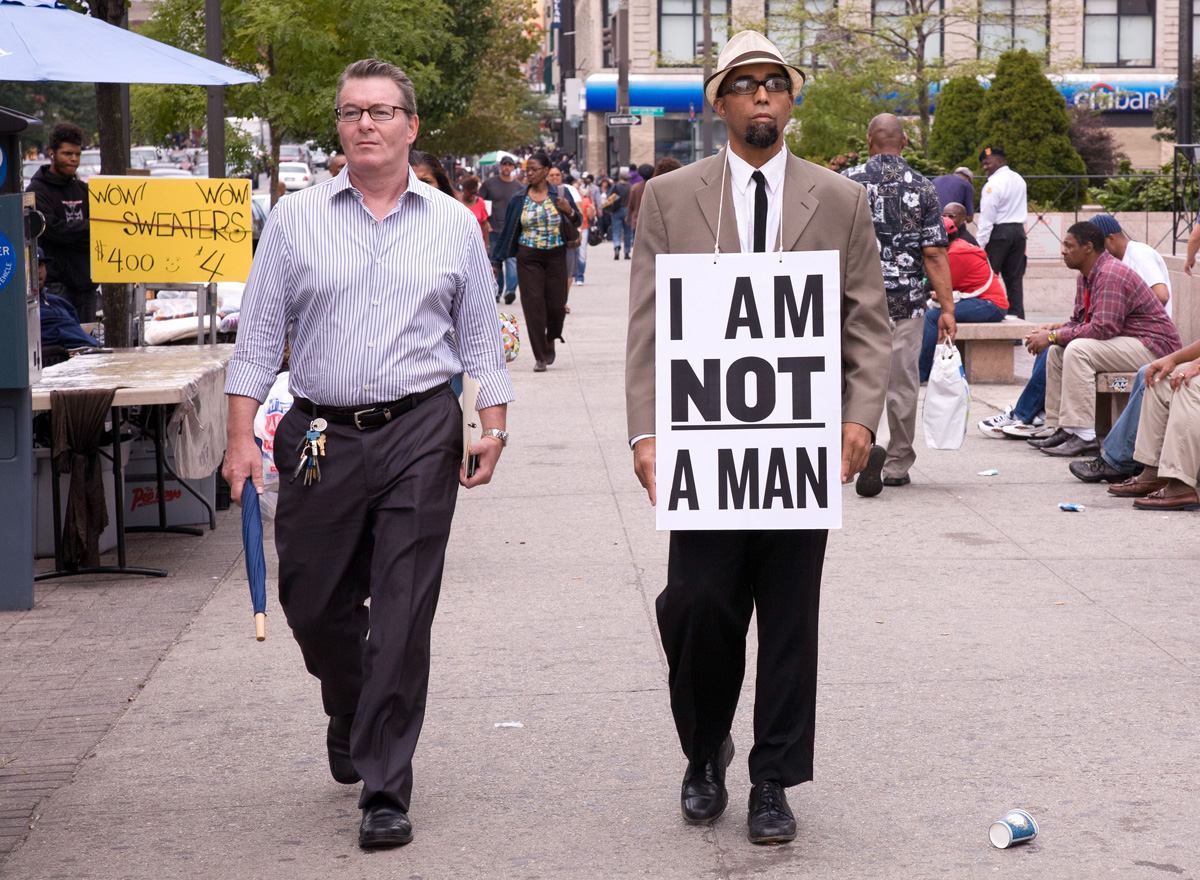 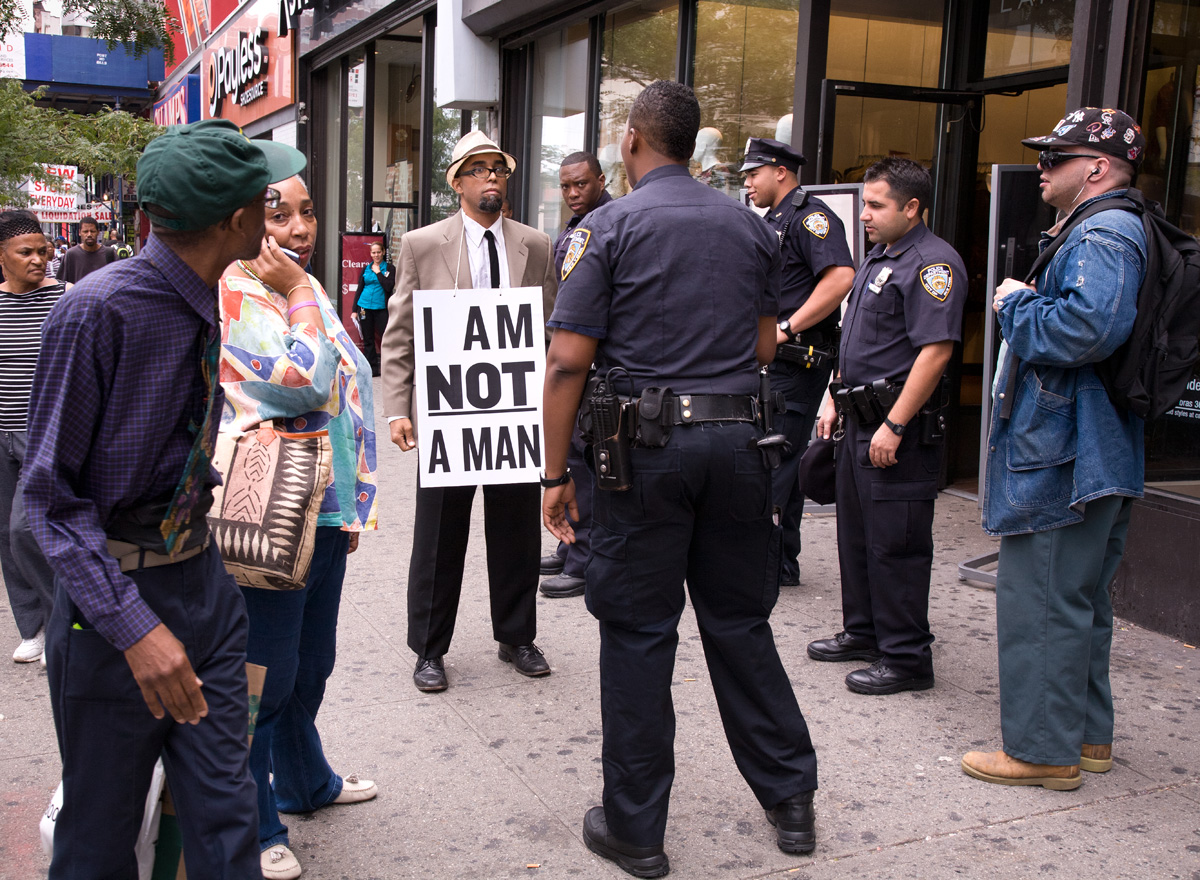 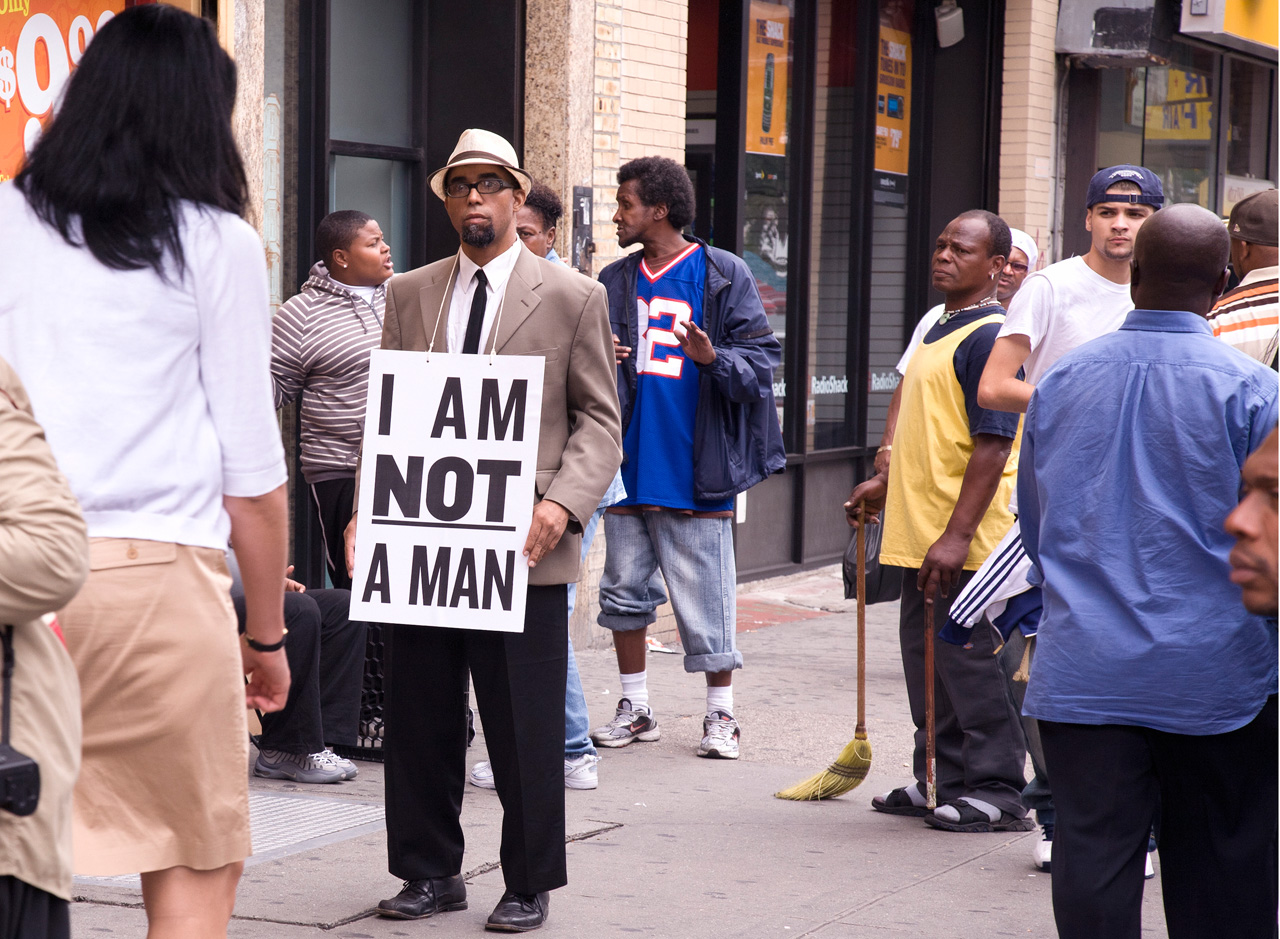 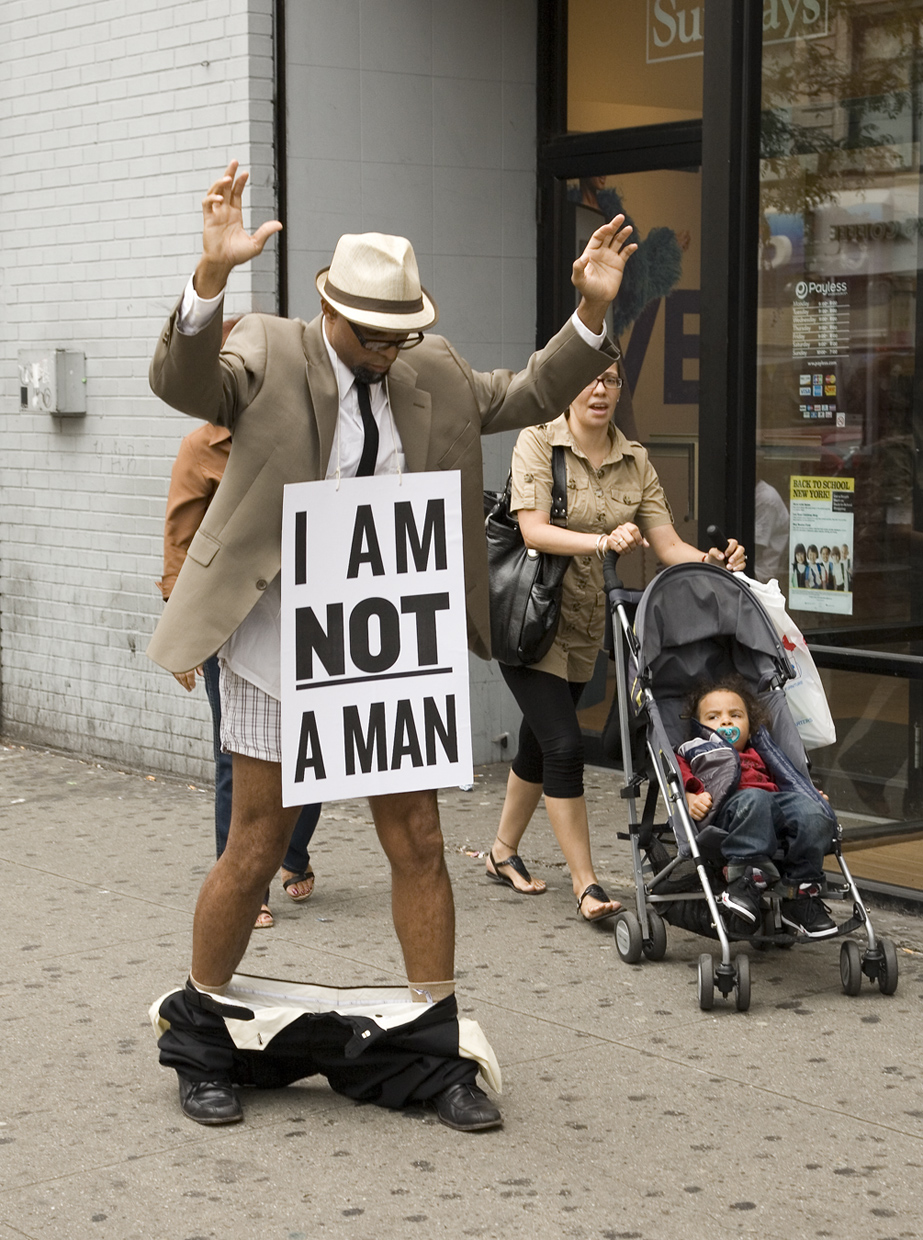 I Am Not a Man

“I Am Not a Man. I am but I am not. I Am Not a Man was a performance that was presented on the streets of Harlem, New York. I walked bearing a historic, but crucially altered, protest sign that read “I Am Not a Man.” Throughout the walk, actions in the performance evoked the humiliation that is visited on Black people and the negation that defines our existence.

Making reference to the 1968 Memphis Sanitation workers strike where the iconic “I Am a Man” sign originated, the performance inverted the sign’s statement, pointing to the importance of the Civil Rights protests as well as to their limitations. Along with this historic resonance, the performance simultaneously addressed our era—racism is foundational to America and has not abated. Despite assertions that America has entered a post-racial period, reality contradicts this: 1 in 9 young Black men are in prison; predatory lending policies have caused the greatest loss of wealth for people of color in modern U.S. history; Henry Louis Gates gets arrested “breaking into” his own home; etc.

I Am Not a Man resides in the uncomfortable space between a race-free fantasy world and the lived experience of millions.

I Am Not a Man is part of Rate of Change, a suite of street performances that I will be performing throughout New York in the coming months. Other works in the project include Kidney for Sale and Money to Burn. Announcements of the locations dates and times of these works will be available on the upcoming page.

This performance was made possible, in part, by the Franklin Furnace Fund supported by Stimulus funds from the New York State Council on the Arts, a state agency; the Lambent Foundation; and Jerome Foundation.