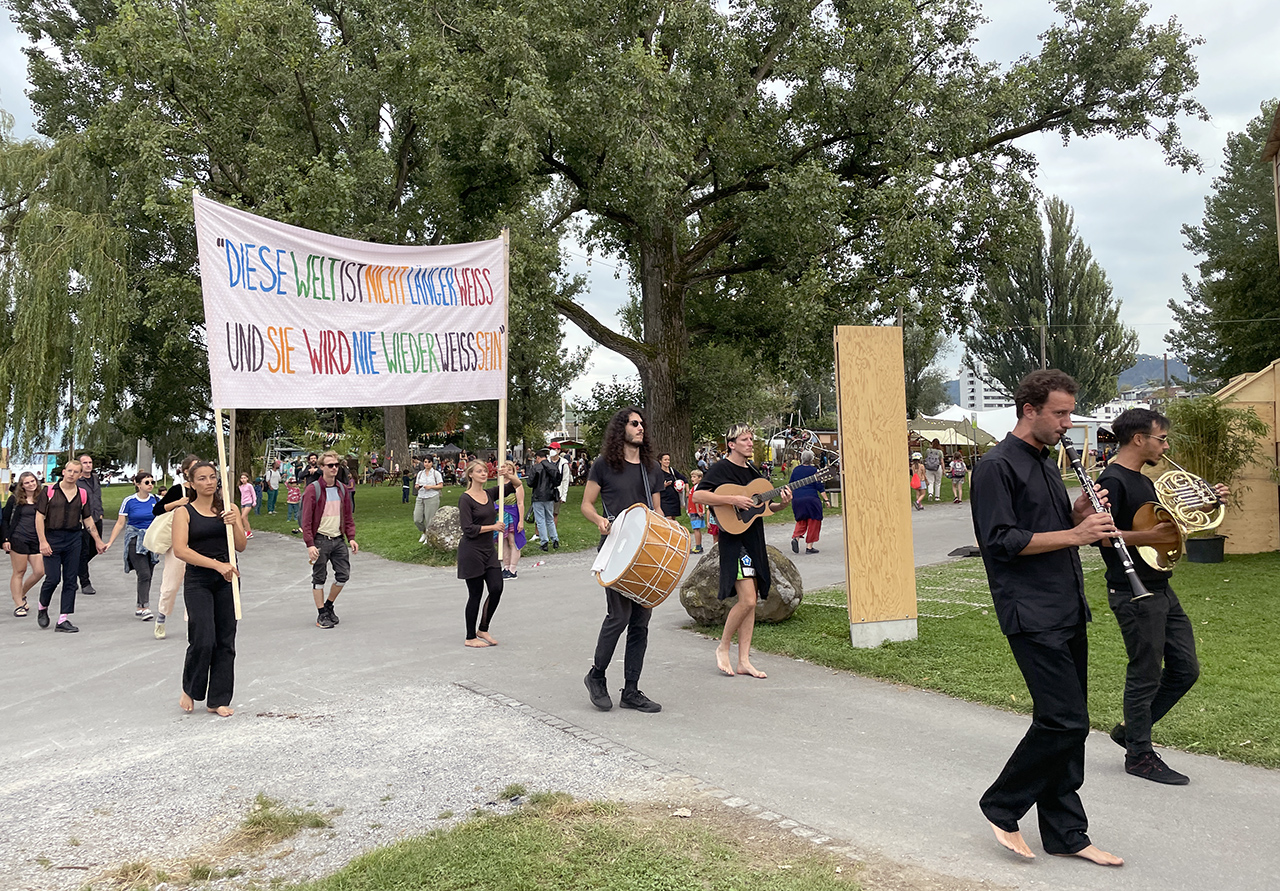 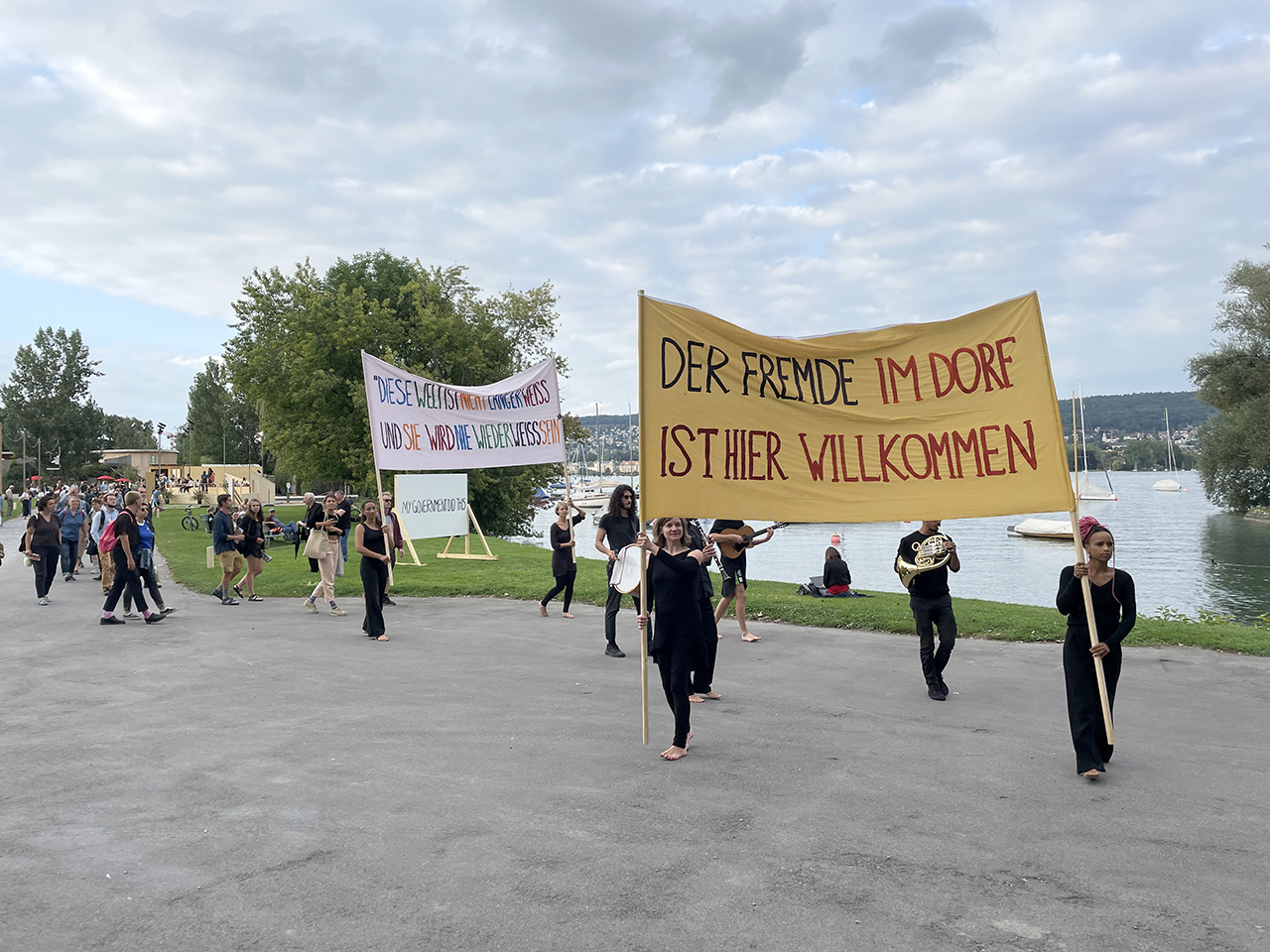 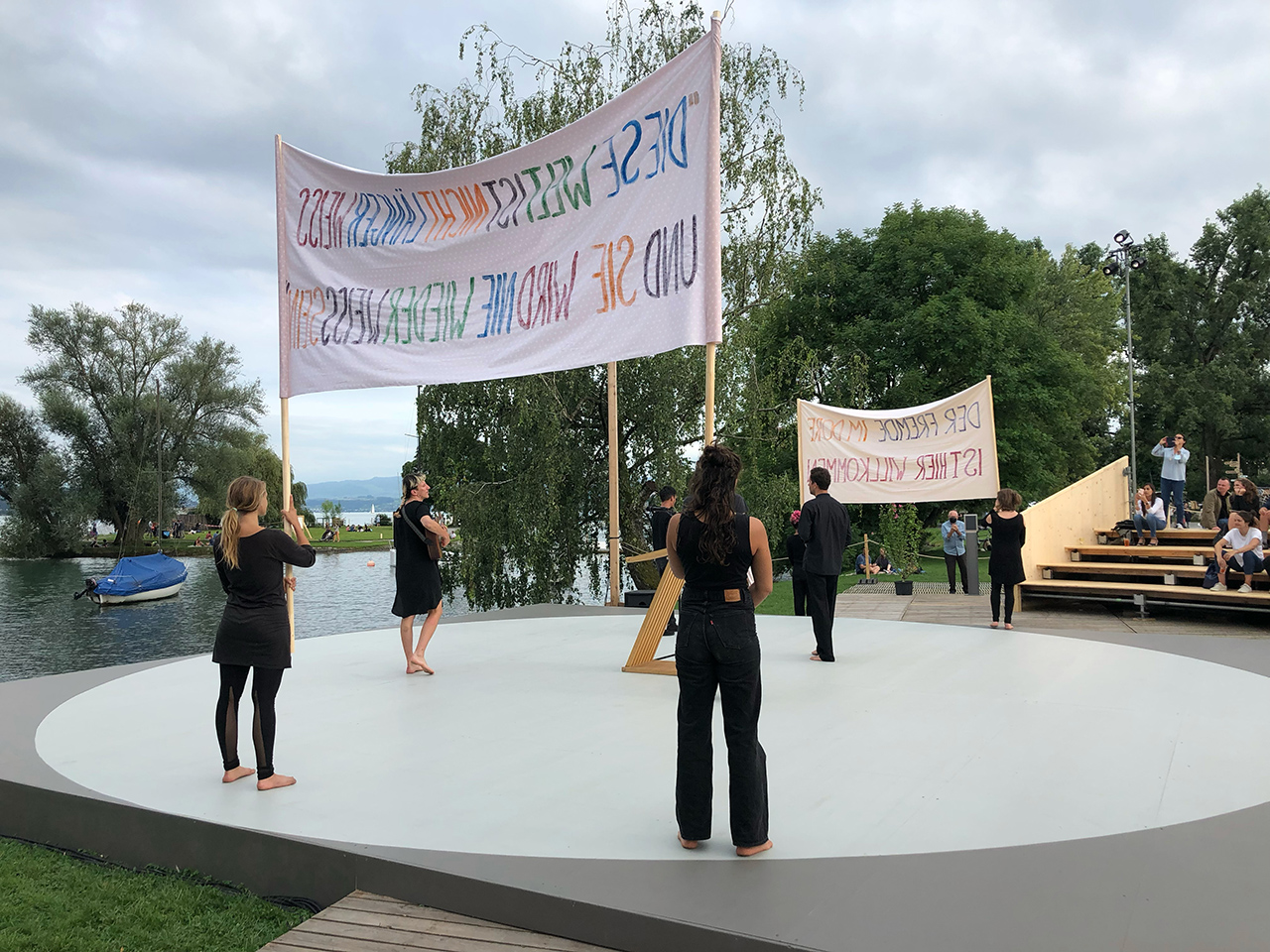 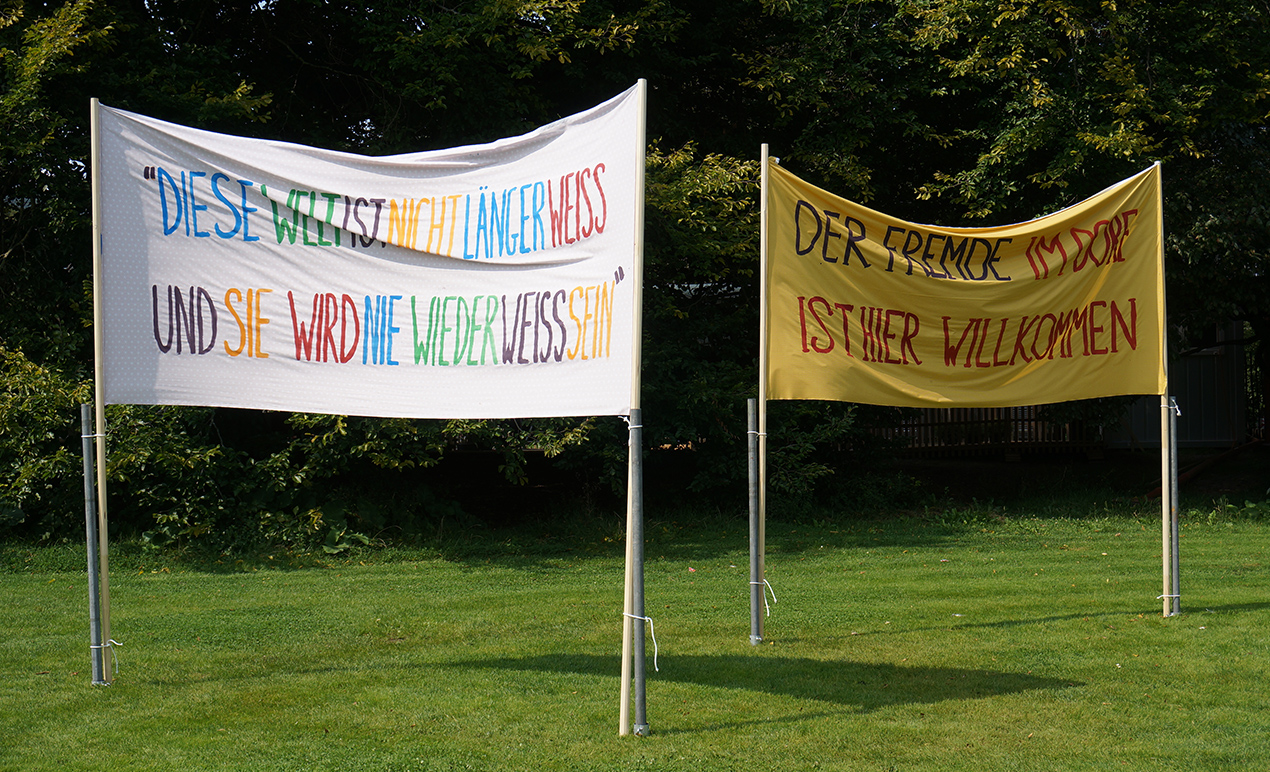 Monument to Stranger in the Village

Monument to Stranger in the Village is a community-engaged performance and installation. It was created for the Not Standing in Place, a section of the Zurich Theater Spektakel. The organizers of Not Standing in Place commissioned 11 international artists to write a description of a text-based monument which the festival would create on site.

Part of the score or description of the project read:

4) Organize people to design two banners which will ultimately be suspended between the poles. One banner will bear the text (translated into Swiss German):
“The stranger in the village is welcome here.”
The other banner will bear text:
“This world is white no longer, and it will never be white again.” (This is a quote from the Baldwin essay.)

6) Organize a procession to carry the banners to the poles and raise them. The procession should happen close to the beginning of the Festival. Once at the location, raise the banners on “permanent” poles.

7) After both banners are raised, members of the procession say or read aloud the last paragraph of Baldwin’s essay in Swiss German.

8) The people who have engaged Monument to a Stranger in the Village should gather at the banners each week to read aloud the last paragraph of the essay. They should encourage others to join them and involve new people each week. This should be done during the duration of the festival and may continue beyond the festival if the participants want the living monument to grow.