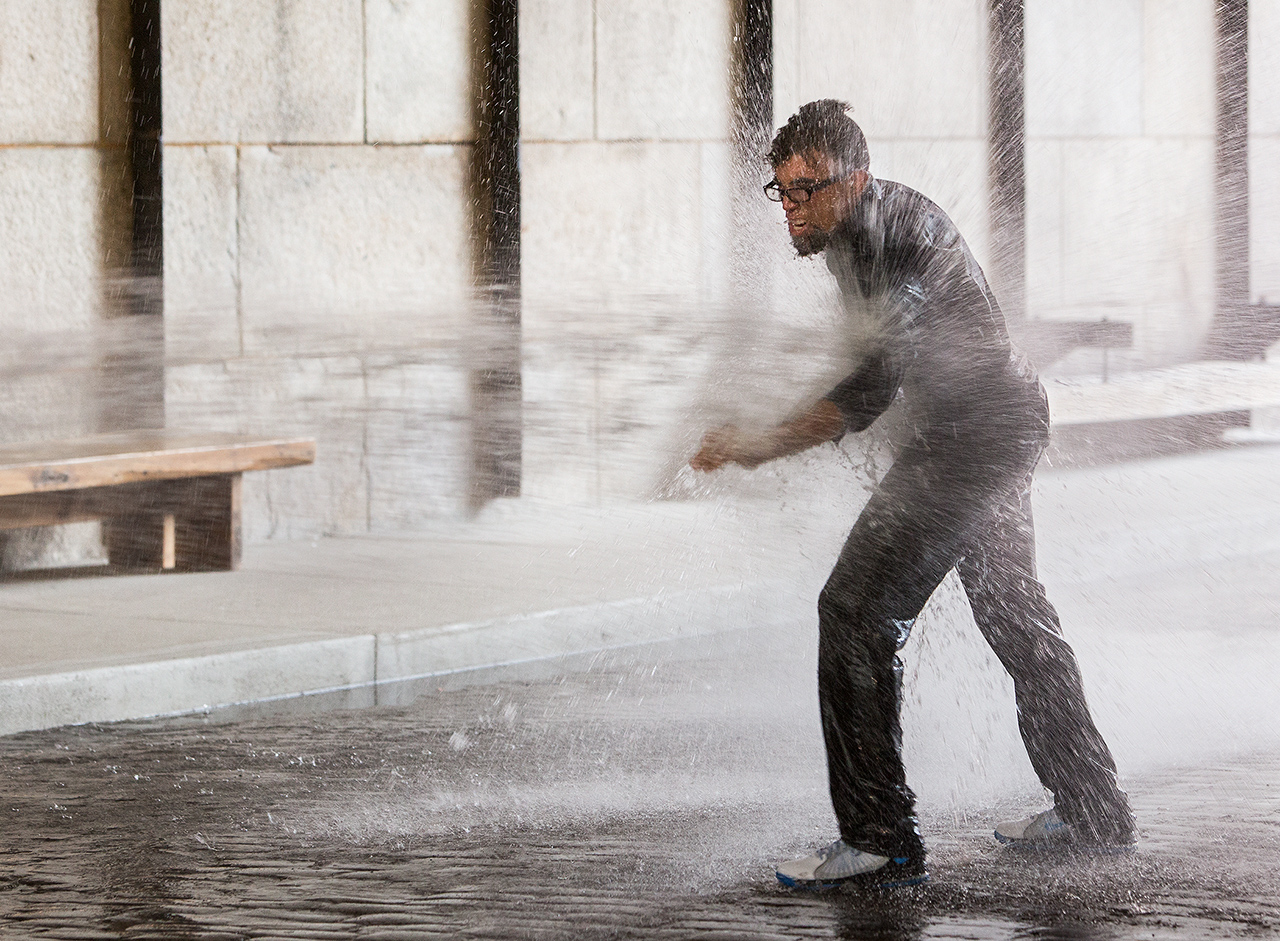 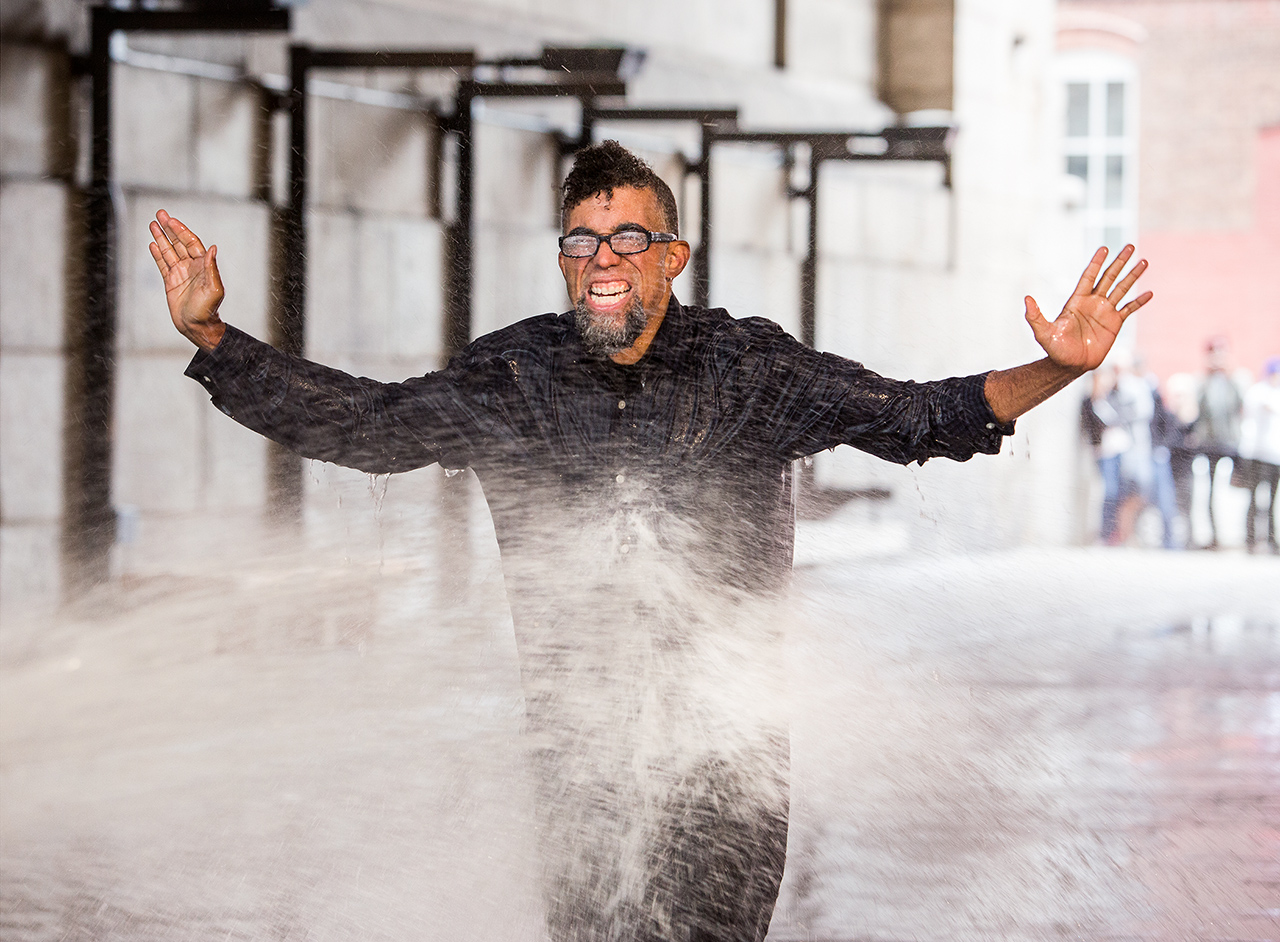 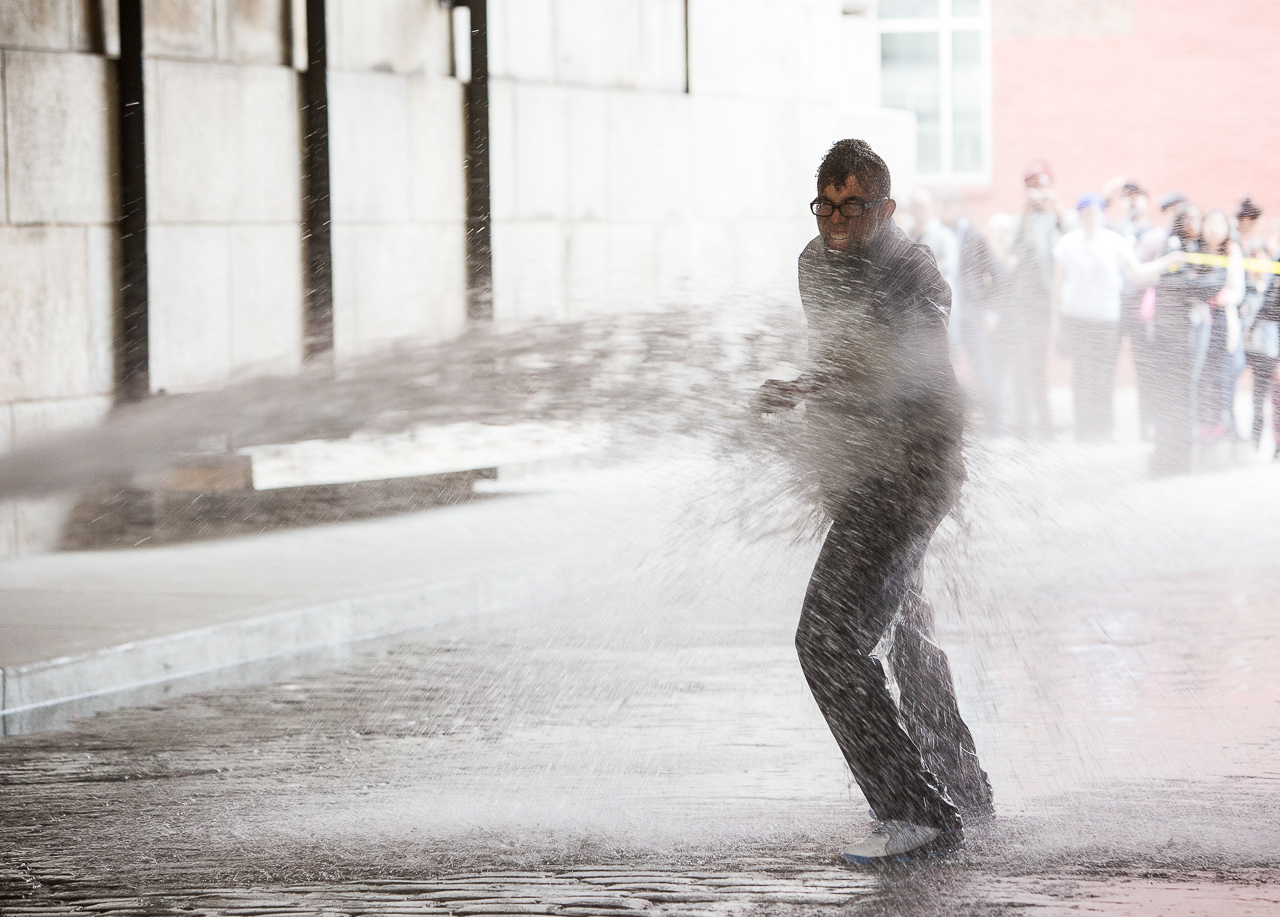 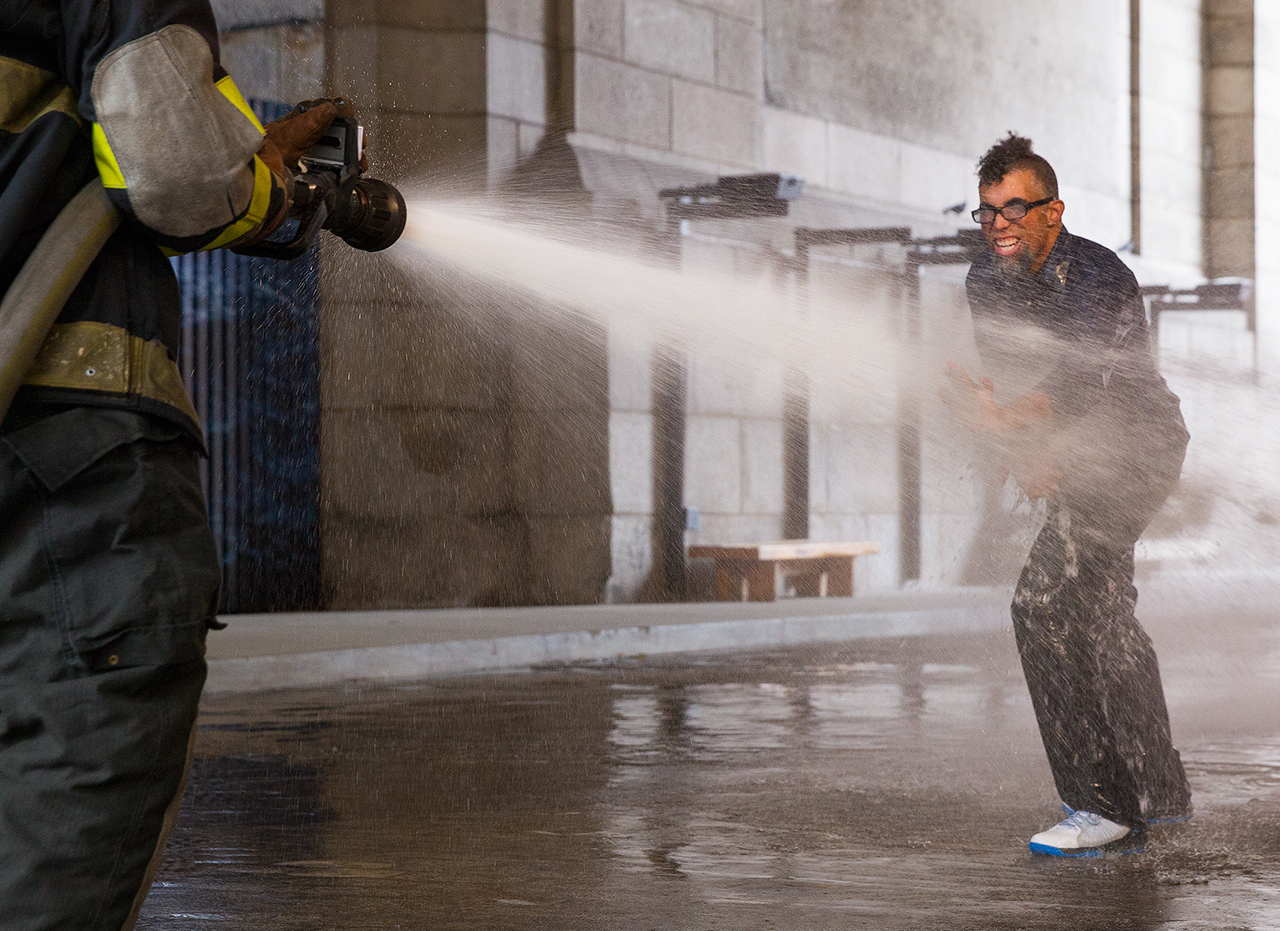 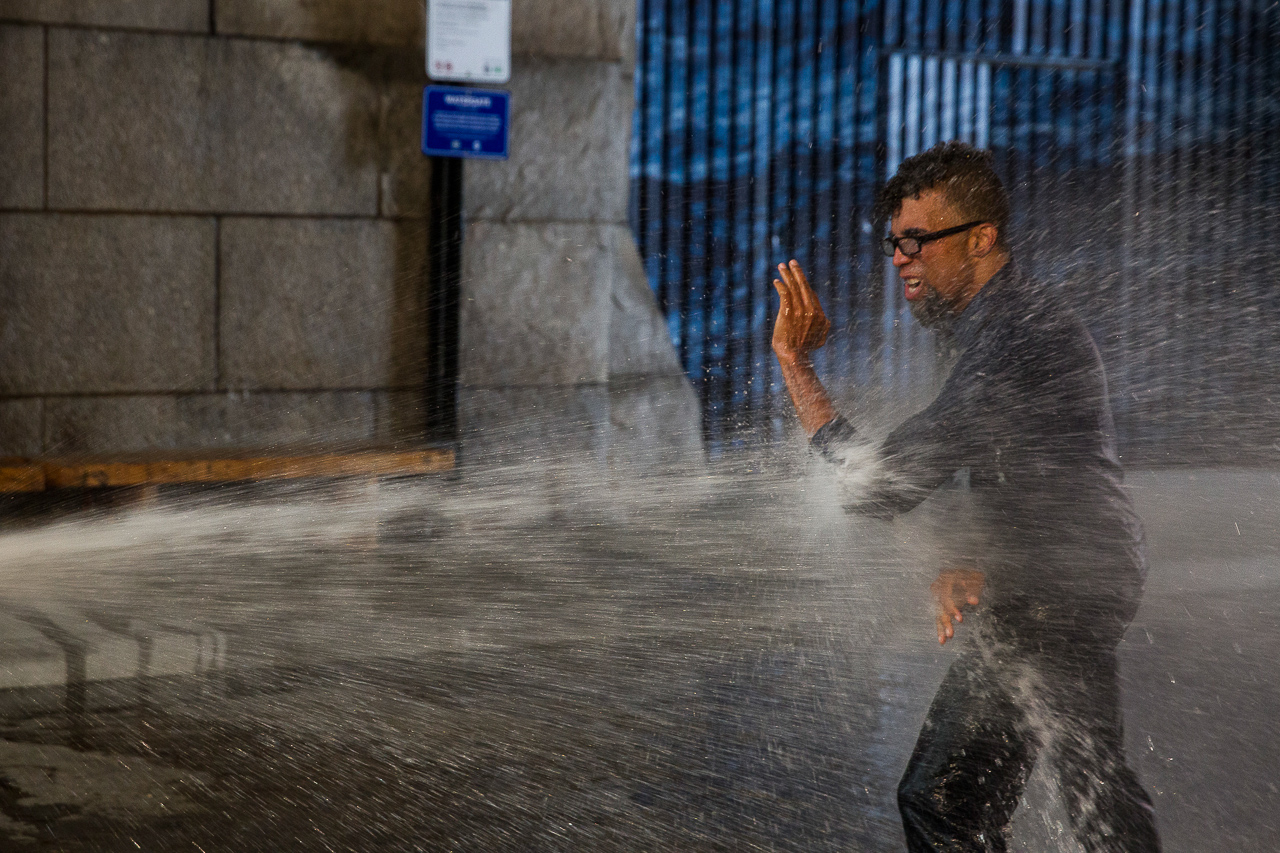 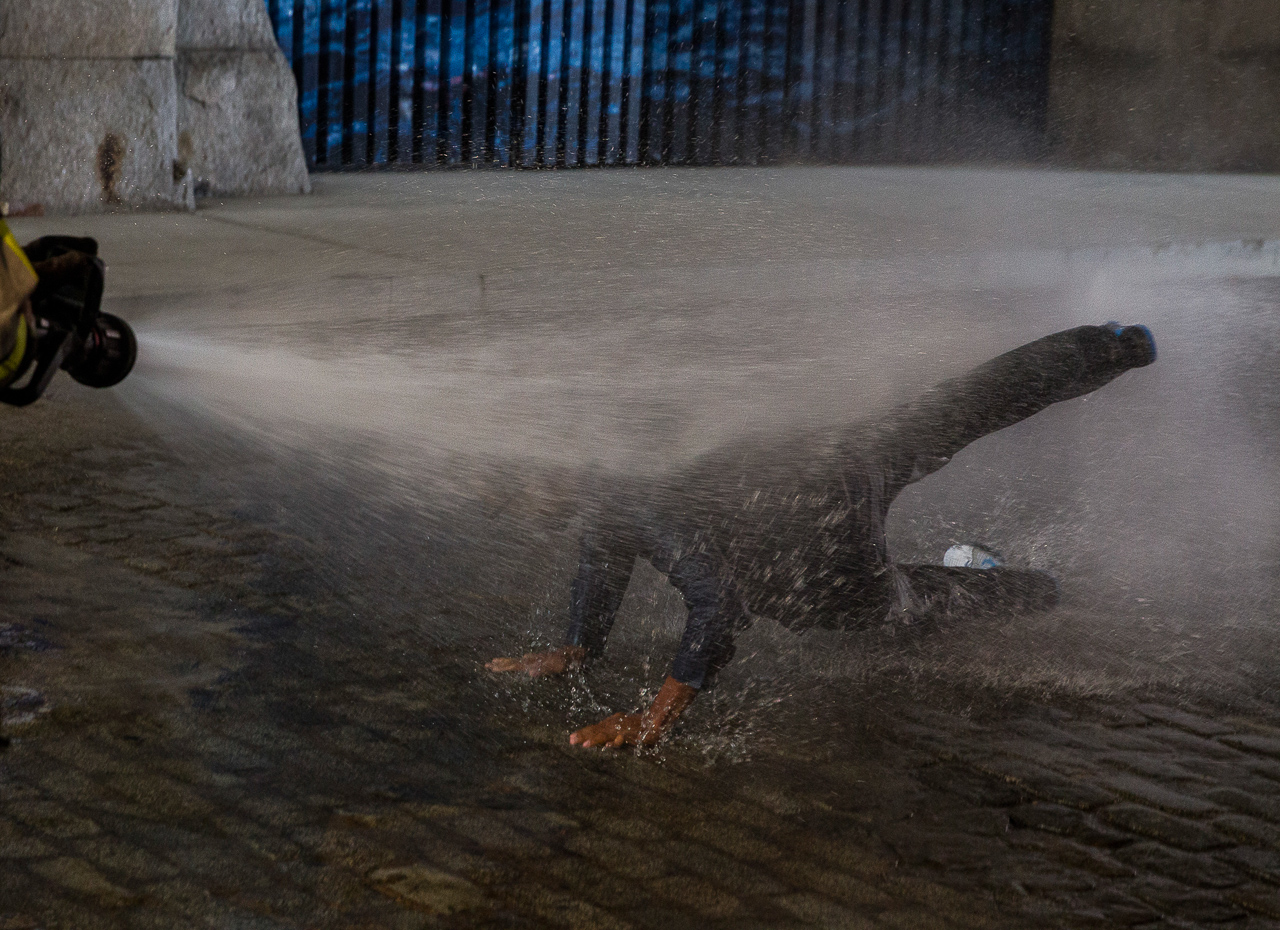 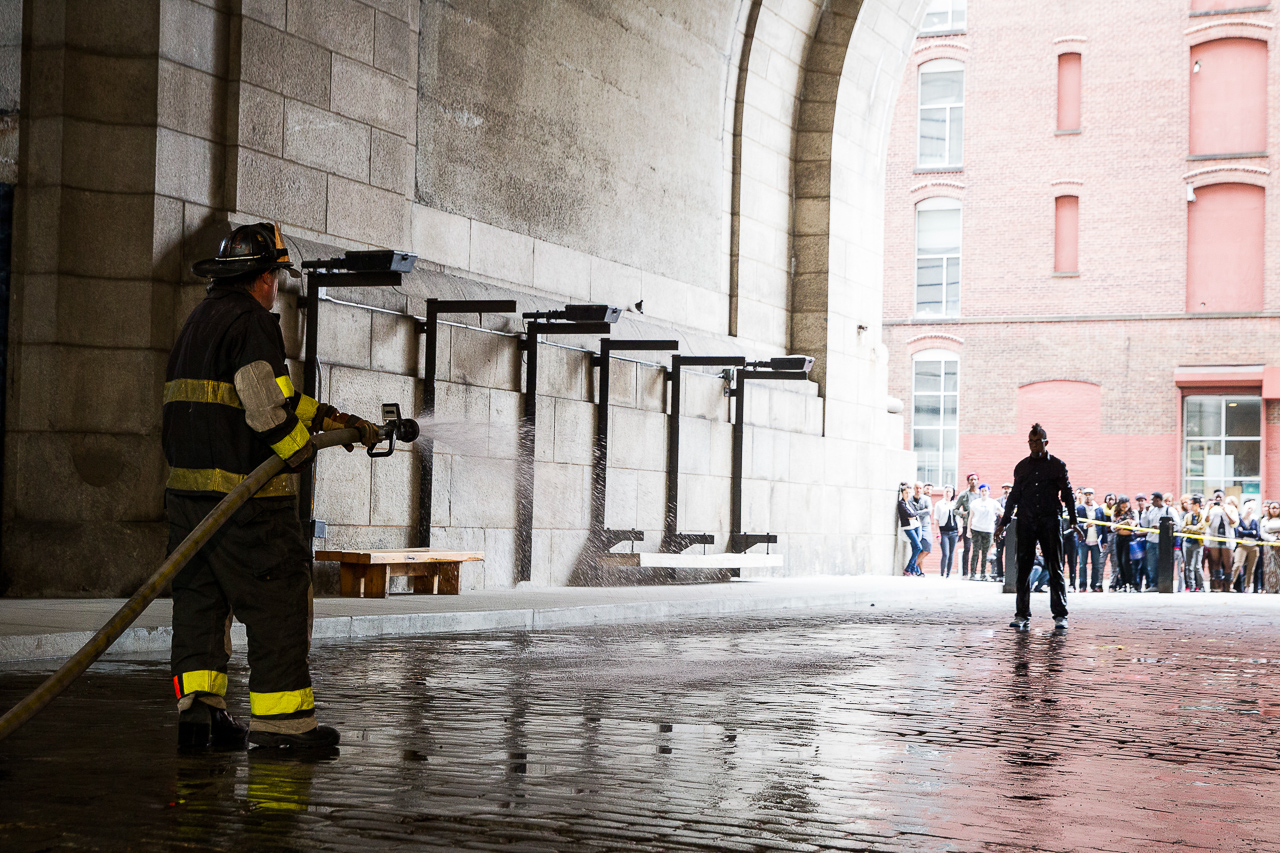 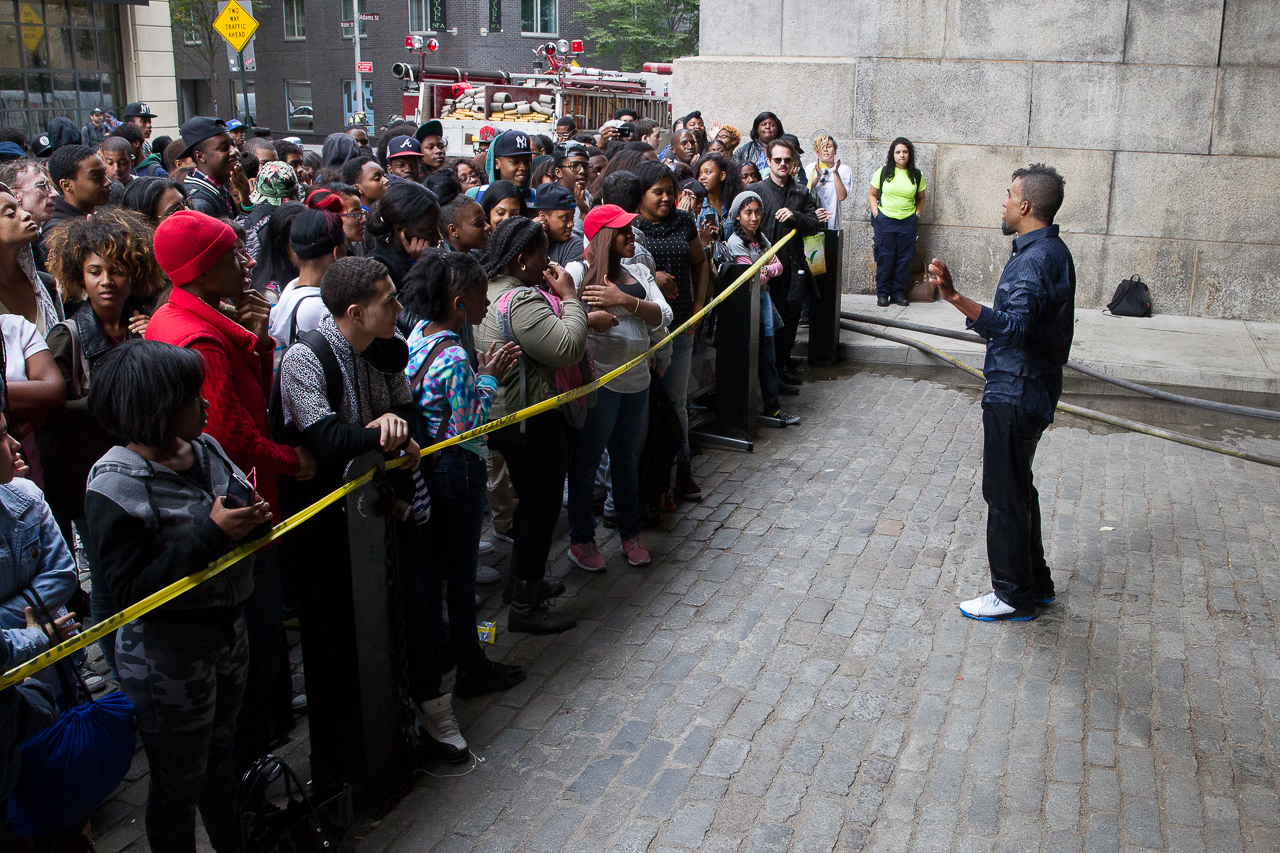 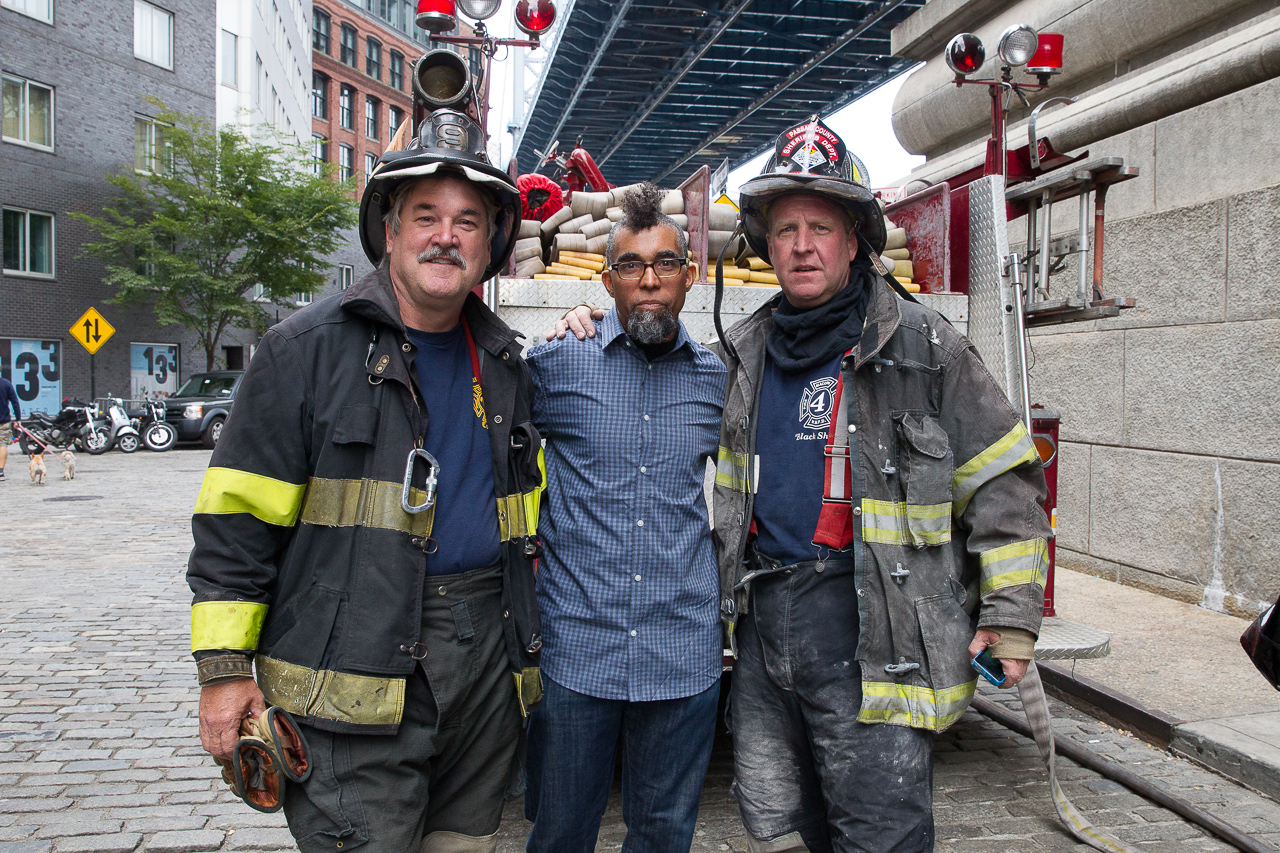 On the Impossibility of Freedom in a Country Founded on Slavery and Genocide (2014) is a performance about the struggle for freedom.  People yearn for freedom and have repeatedly struggle against oppressive governments, economic, political and social relations.  People have taken great risks in a struggle for emancipation and have often been battered in the process. The performance referenced the 1963 Civil Rights struggle in Birmingham Alabama in which the government used high-pressure water jets from fire hoses against non-violent protesters and bystanders in an effort to maintain segregation and legalized discrimination.  In the performance, I made a Sisyphean attempt to walk forward while repeatedly battered and occasionally knocked down by a water jet from a fire hose.  The performance references this history as a metaphor for a larger struggle for freedom and had inescapable references to present day struggles against racism, most recently witnessed on the streets of Ferguson, MO in response to the police murder of Michael Brown.