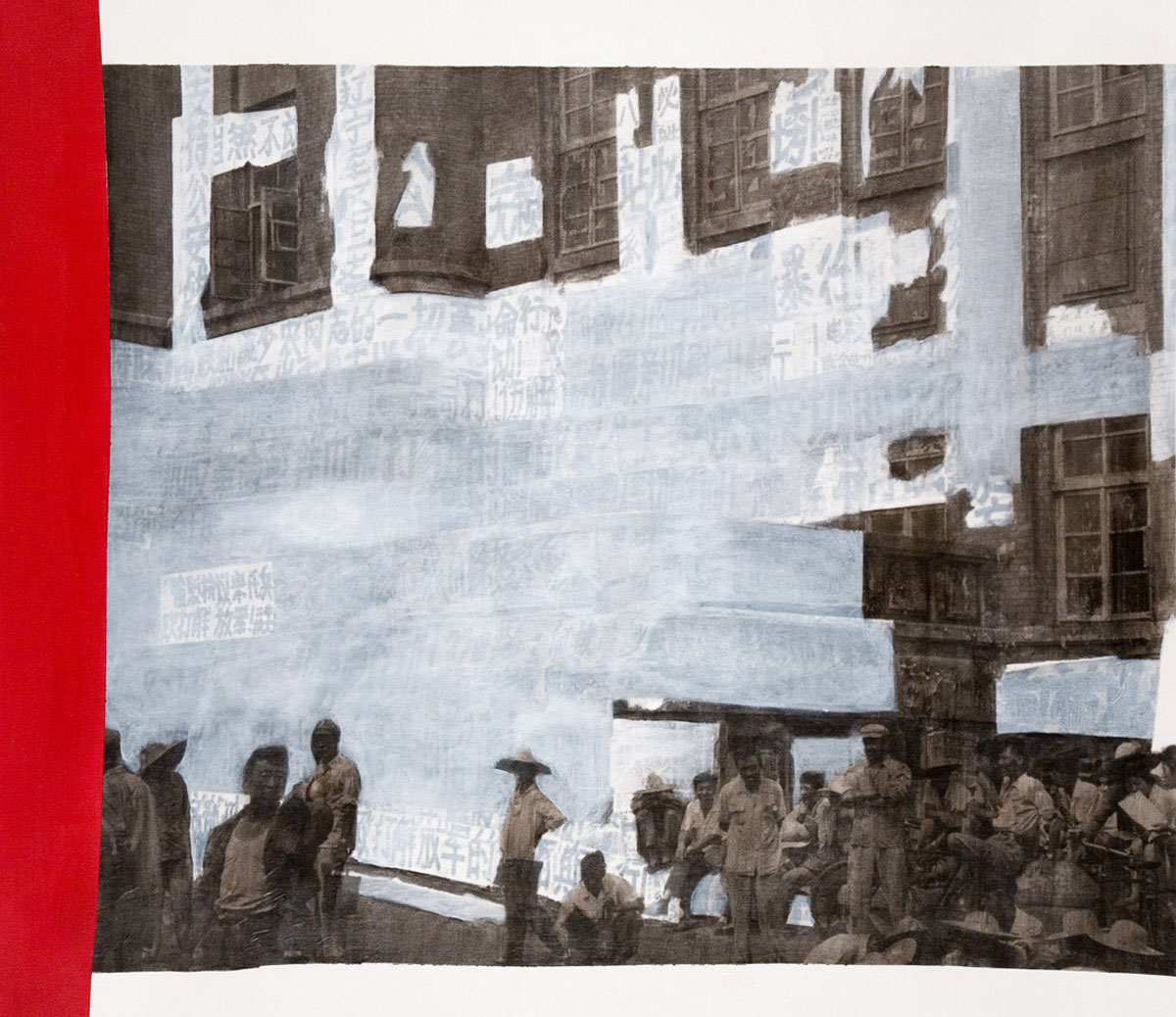 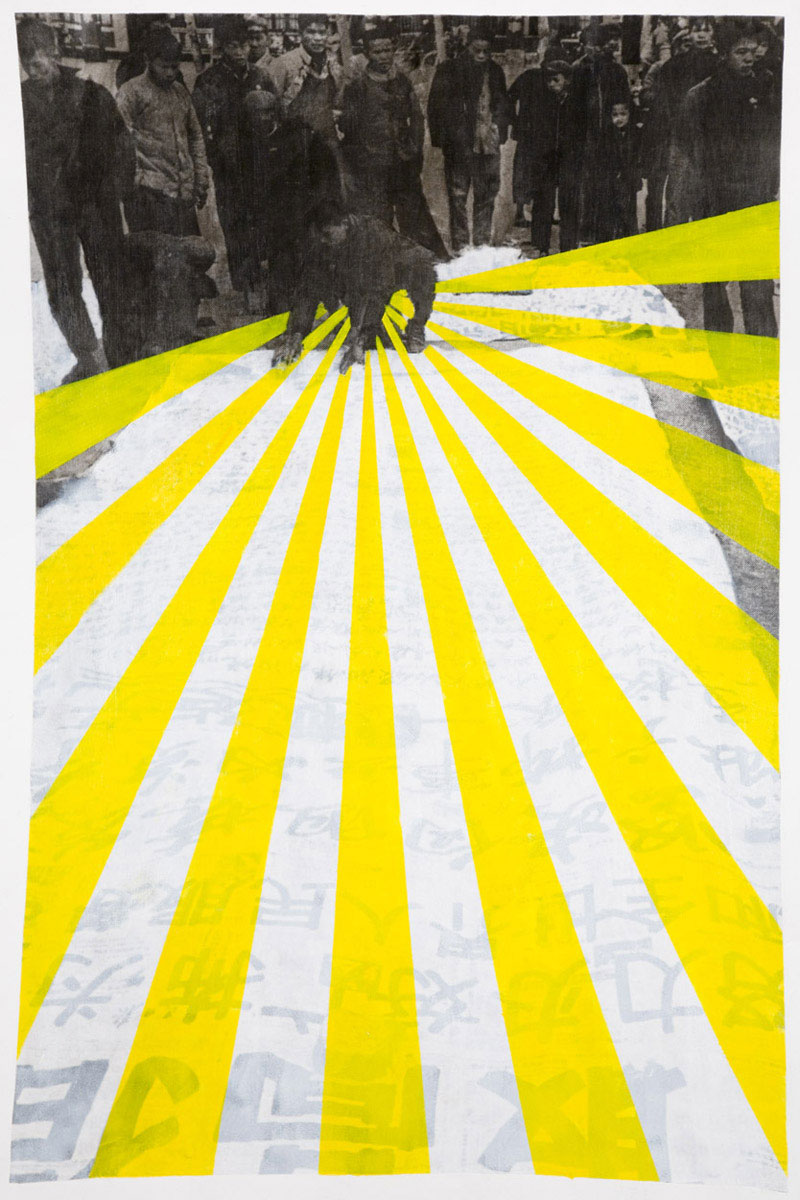 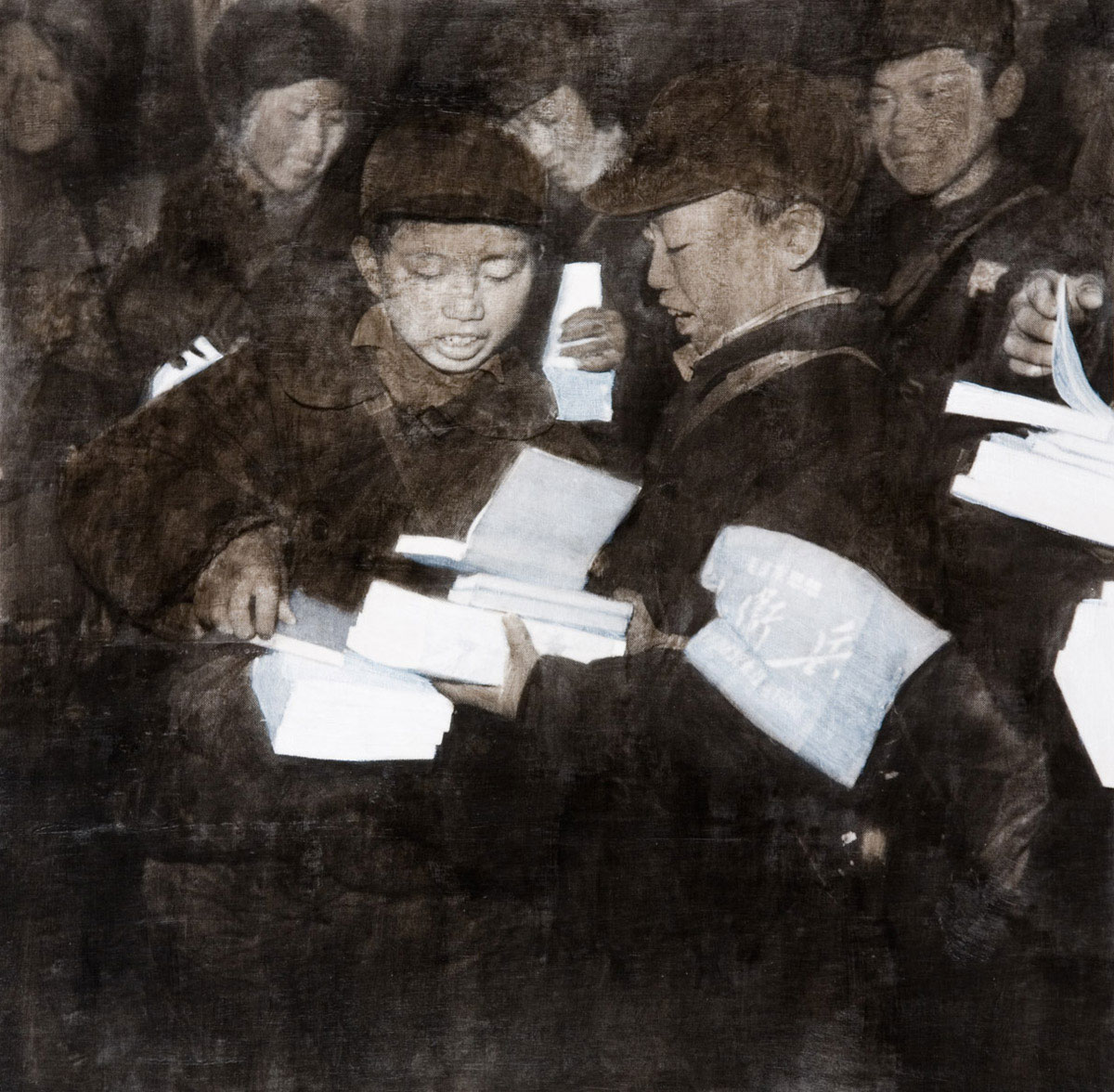 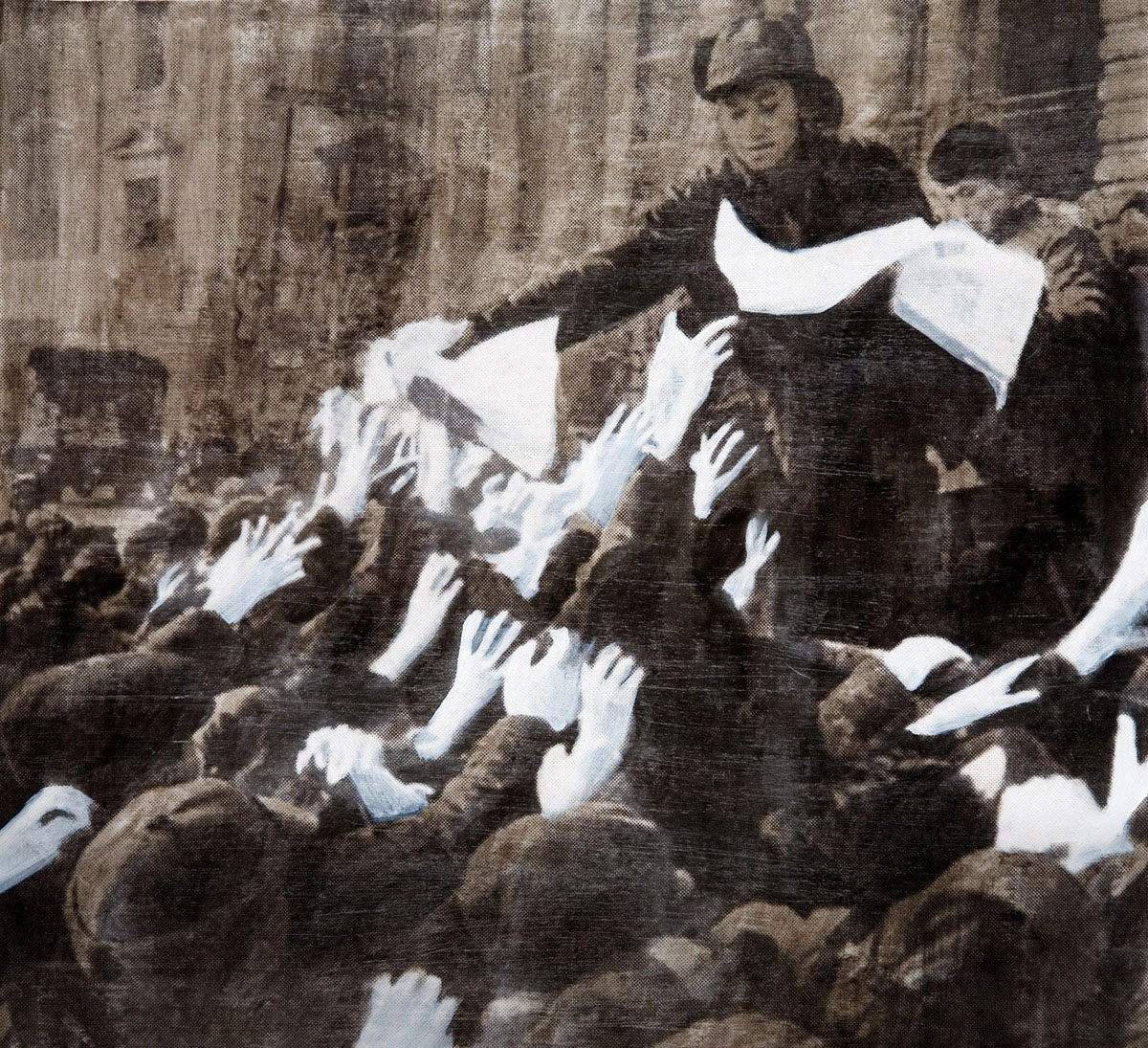 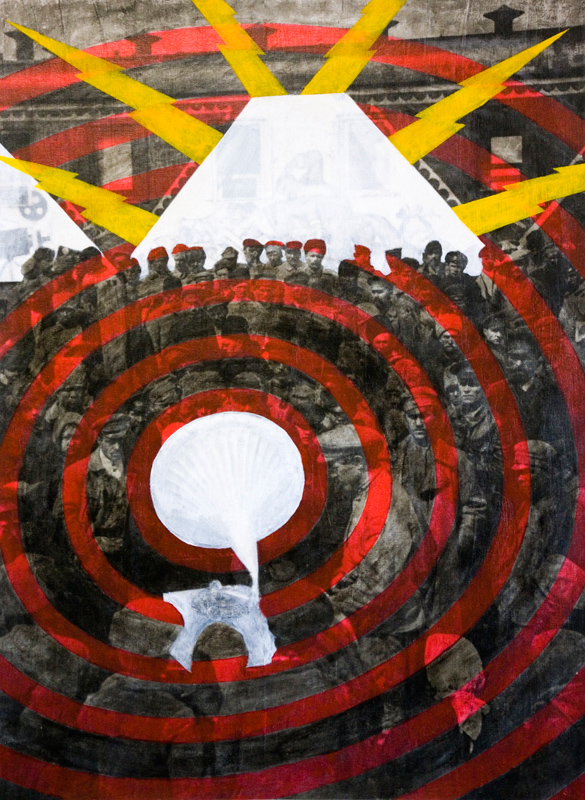 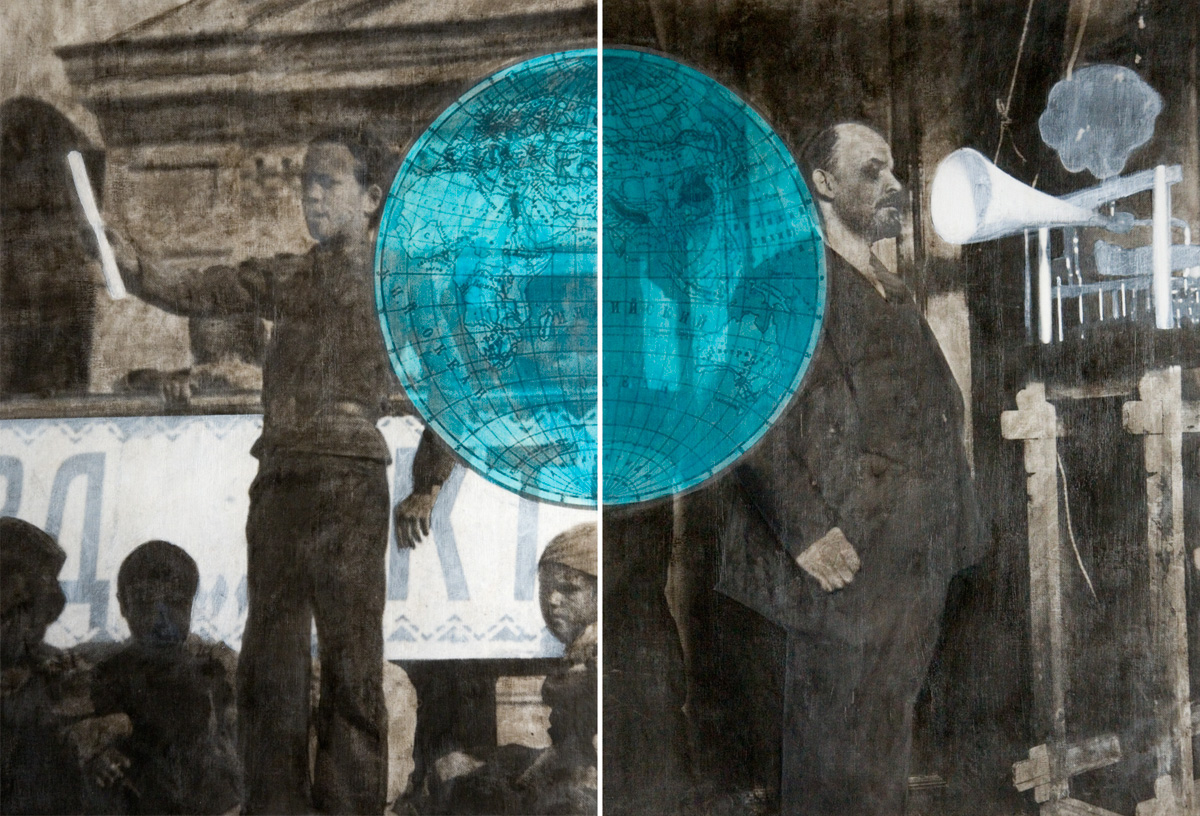 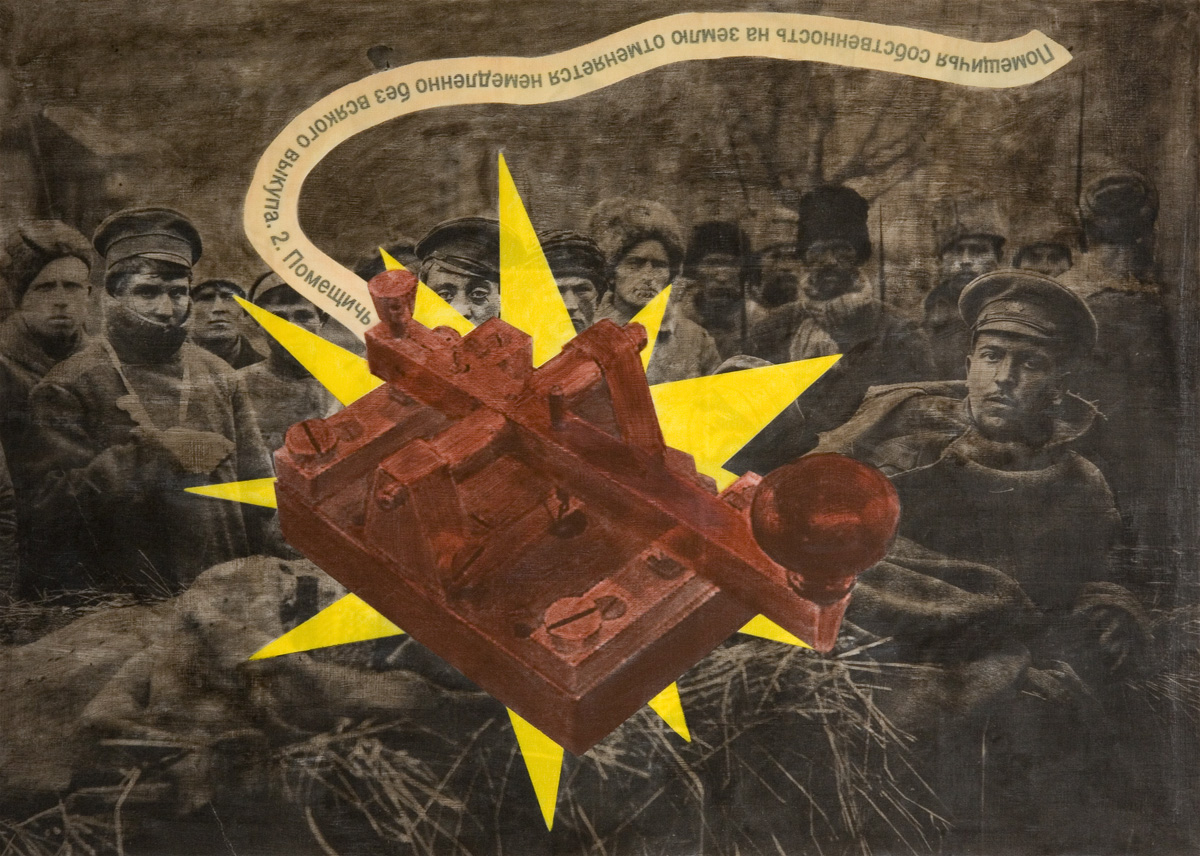 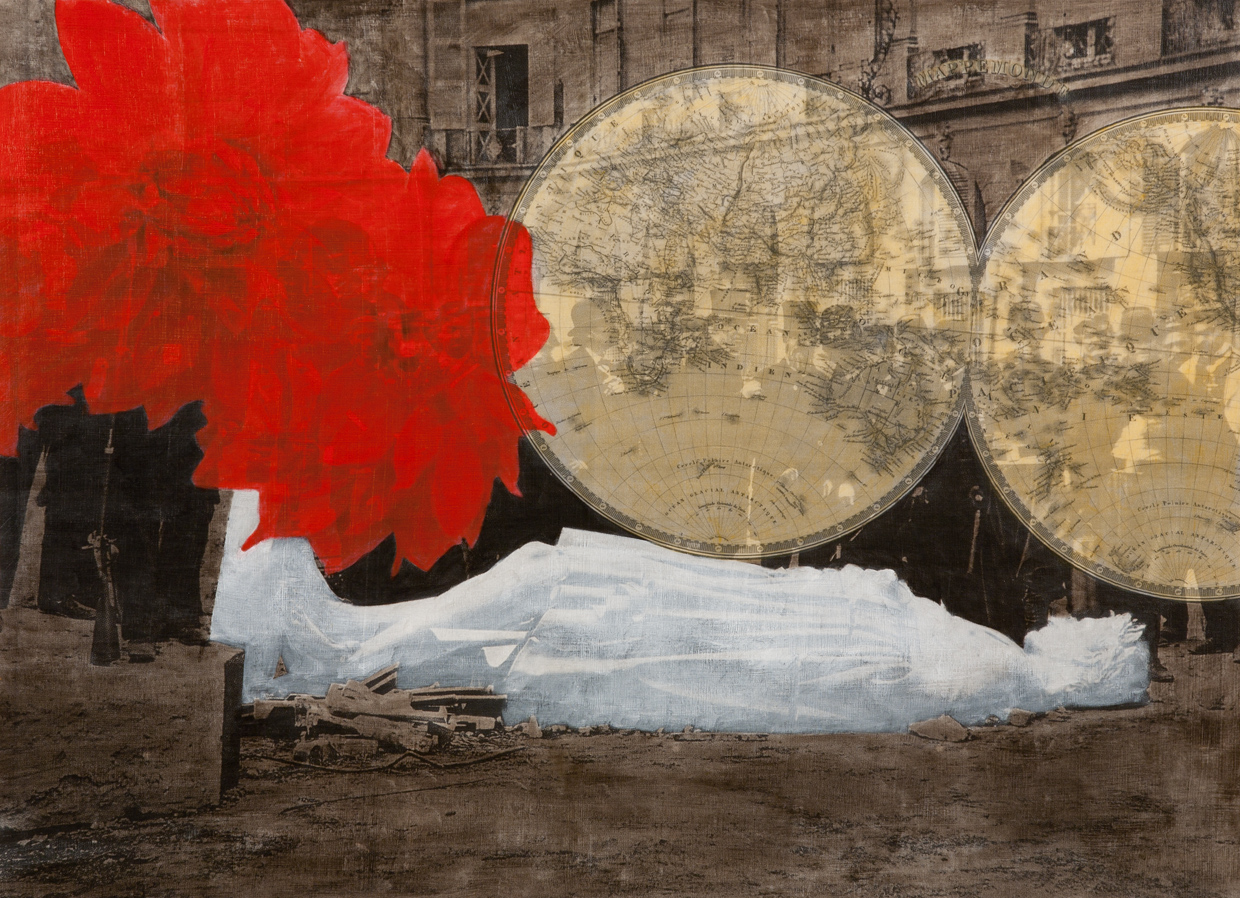 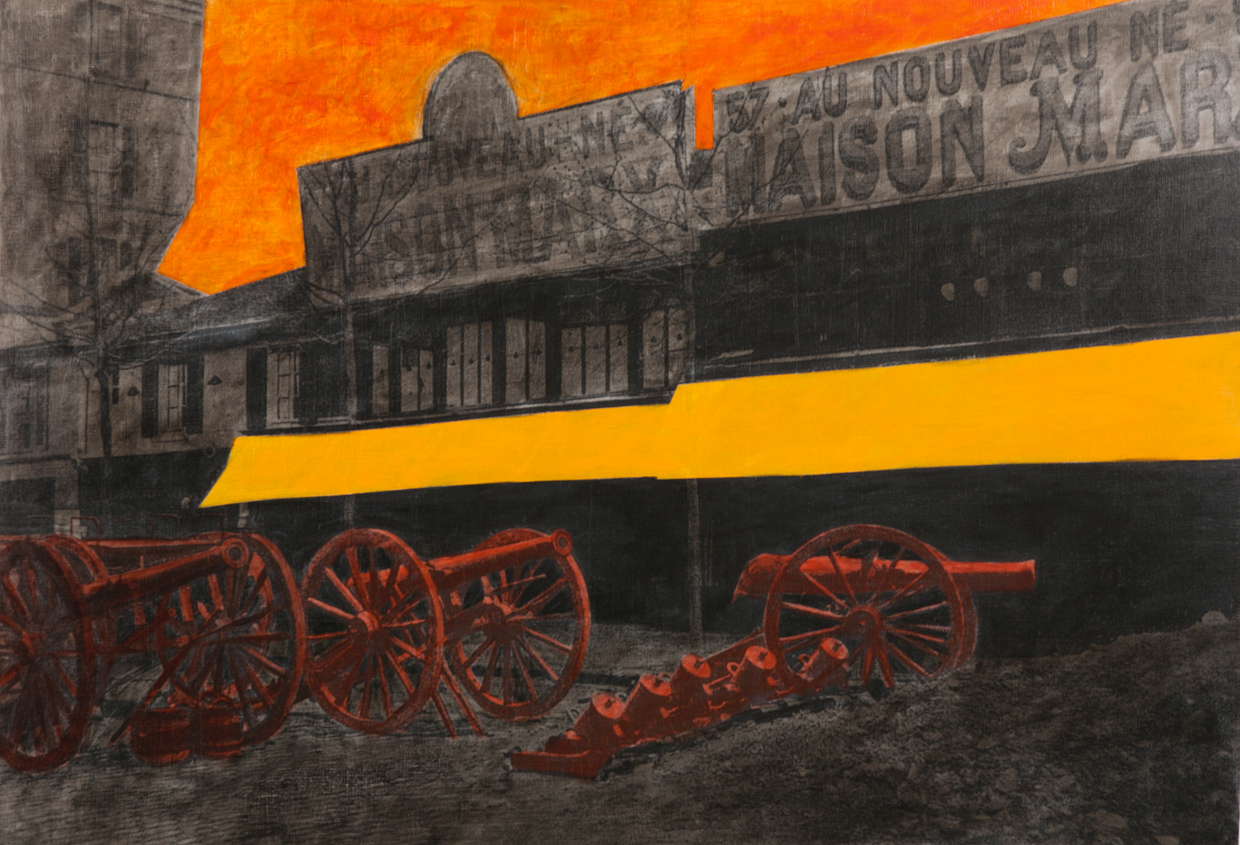 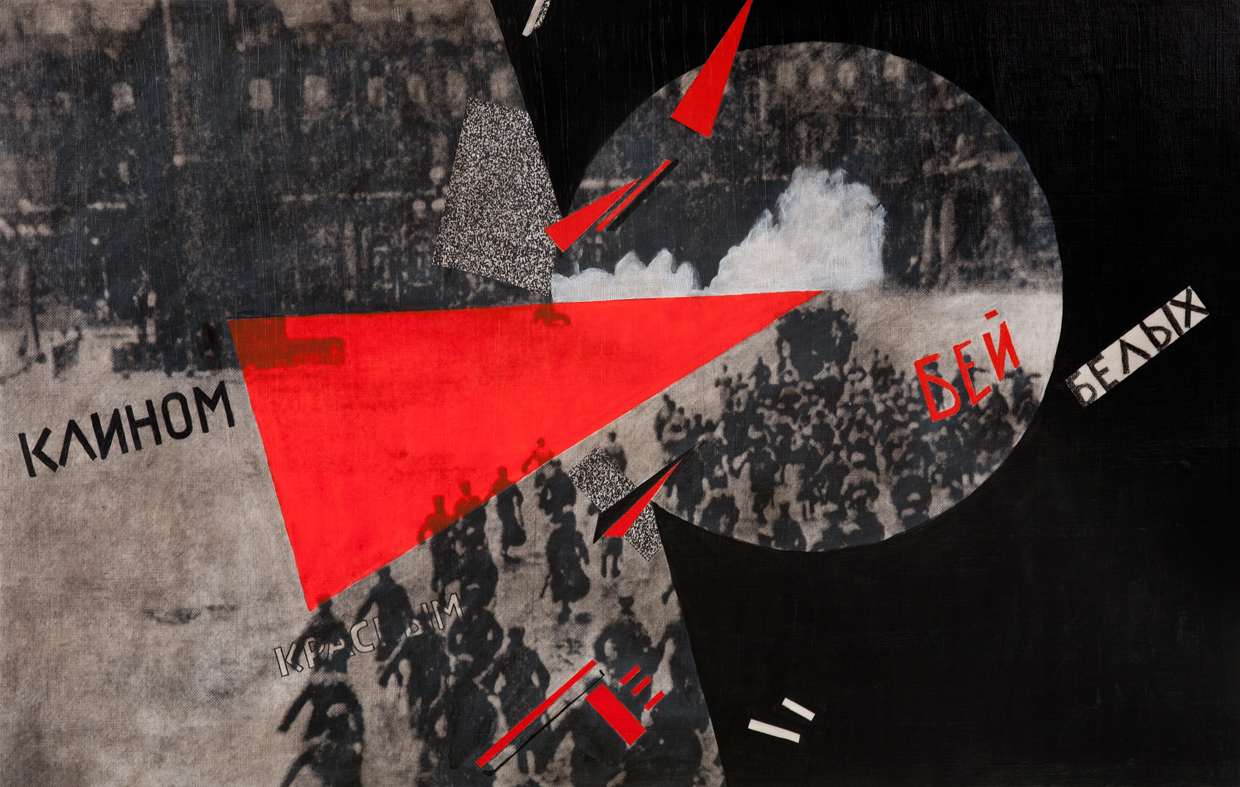 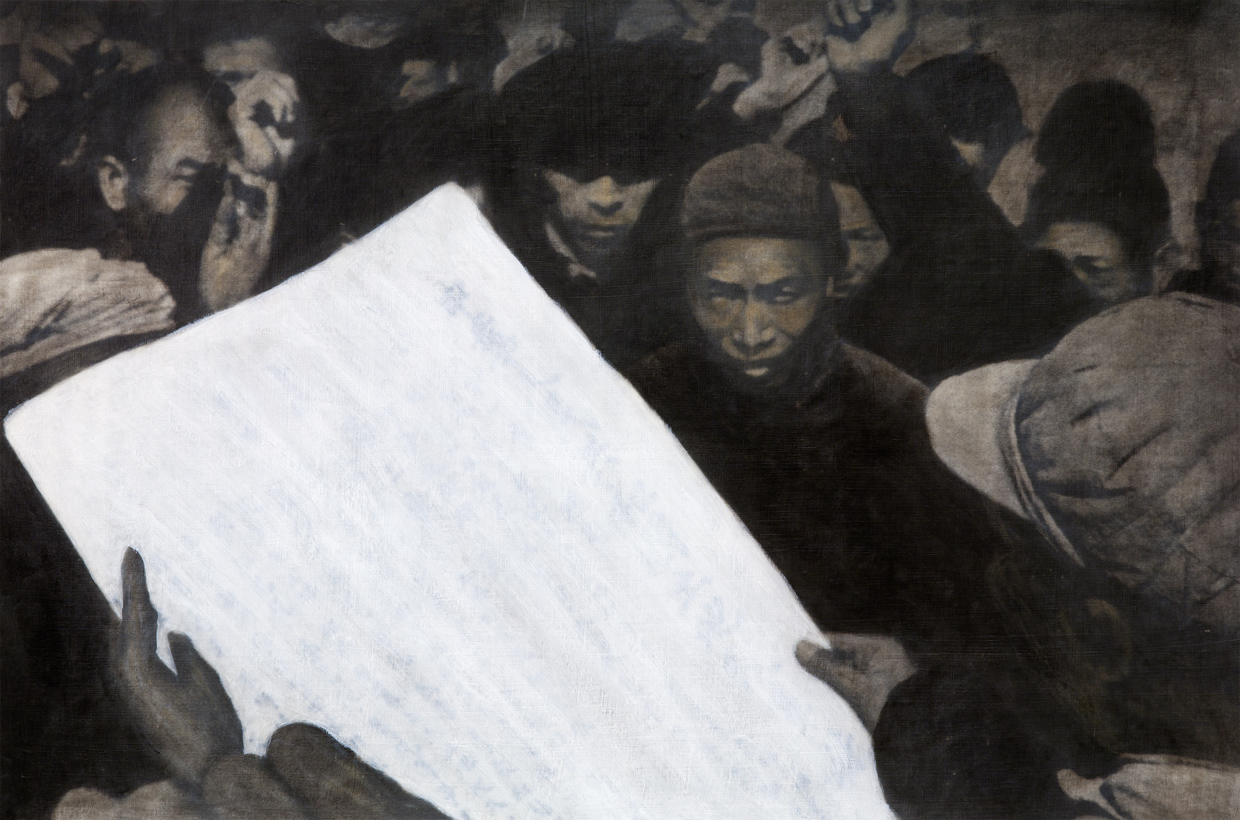 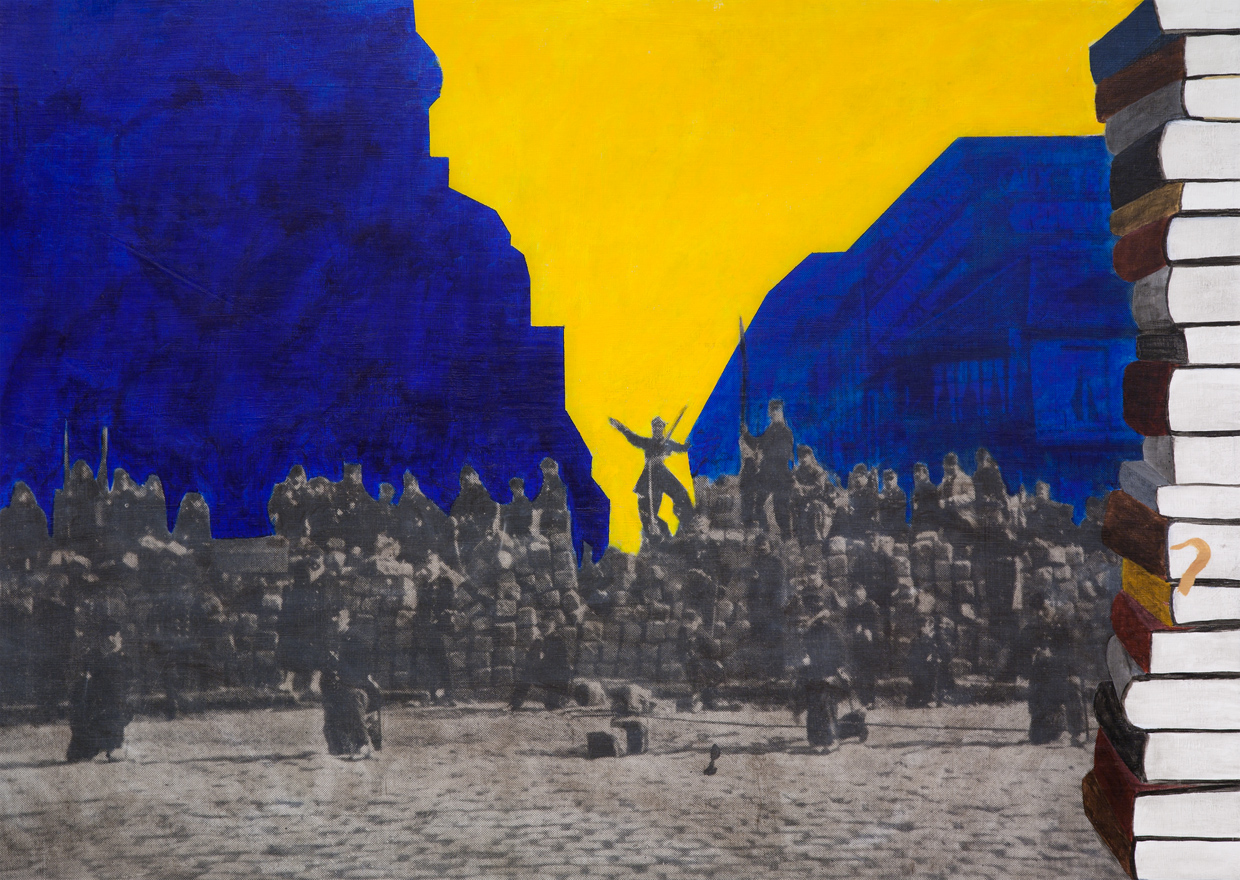 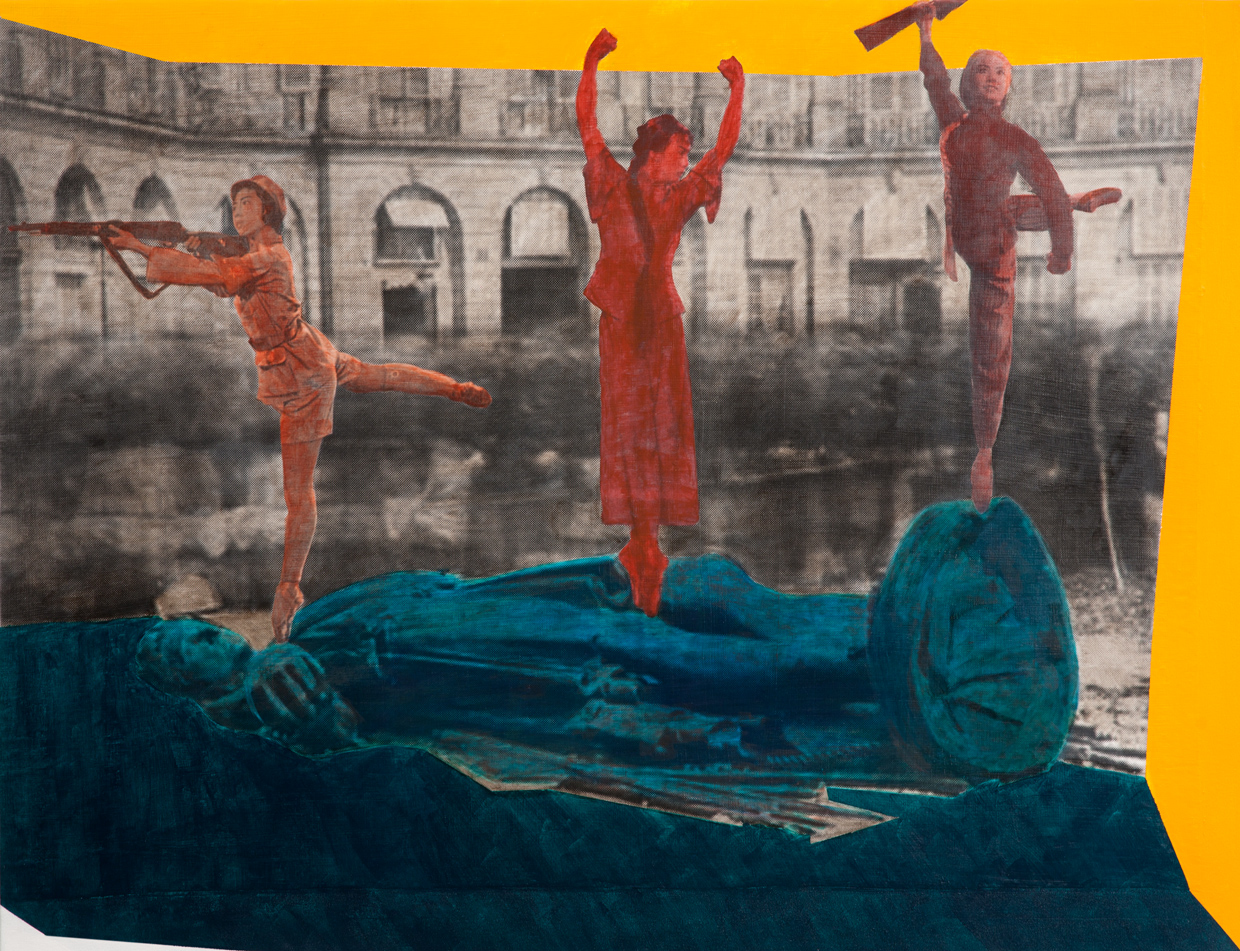 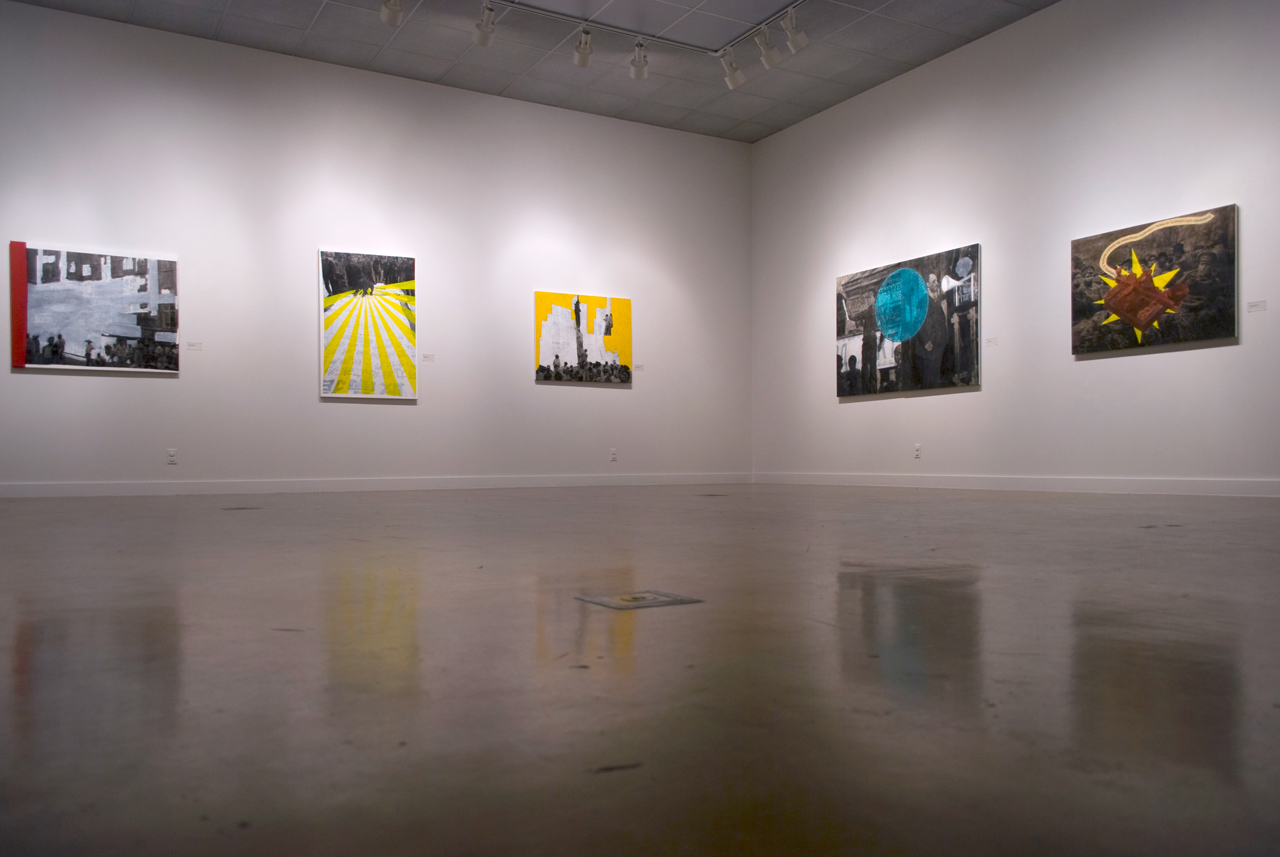 Revolutionary Archive is a set of paintings that draws on vintage photographs from the arc of communist revolution—the Paris Commune, the Russian Revolution and the Chinese Revolution. There are photographs of communards from 1871 standing around a monument to the victories of Napoleon Bonaparte that they recently toppled; a 1919 photograph of a crowd of eager Soviet peasants gathered around a gramophone brought by an agit-prop train bringing the latest news from Petrograd; pictures of university walls in Beijing in 1967 covered with handmade “big character posters” arguing for their respective authors’ views on how to advance society.  They constitute an archive of a contested and sometimes forgotten and suppressed history. I reproduce and transform the photographs, simultaneously highlighting the widespread rebellion they depict and obscuring parts of the image. The works focus on the importance of the exchange of ideas to revolutionary transformation. These were times when millions of peoples’ hearts and ideals led them to attempt to build a world without exploitation and they consciously worked for this.

Many contemporary Chinese artists are examining their country’s recent history and are drawing on imagery and art from the Cultural Revolution. This period had global impact and its repercussions are continuing to affect us. Joining and extending this dialogue, Revolutionary Archive re-examines this broad history and adds to the discourse on what vision is needed as humanity moves forward.

The paintings are painted over enlarged Xerox transfers of the photographs.

A walk through of the “It’s Right to Rebel” a 2010 exhibition at Hofstra University (Long Island, NY). The exhibition contained some of the paintings from Revolutionary Archive.