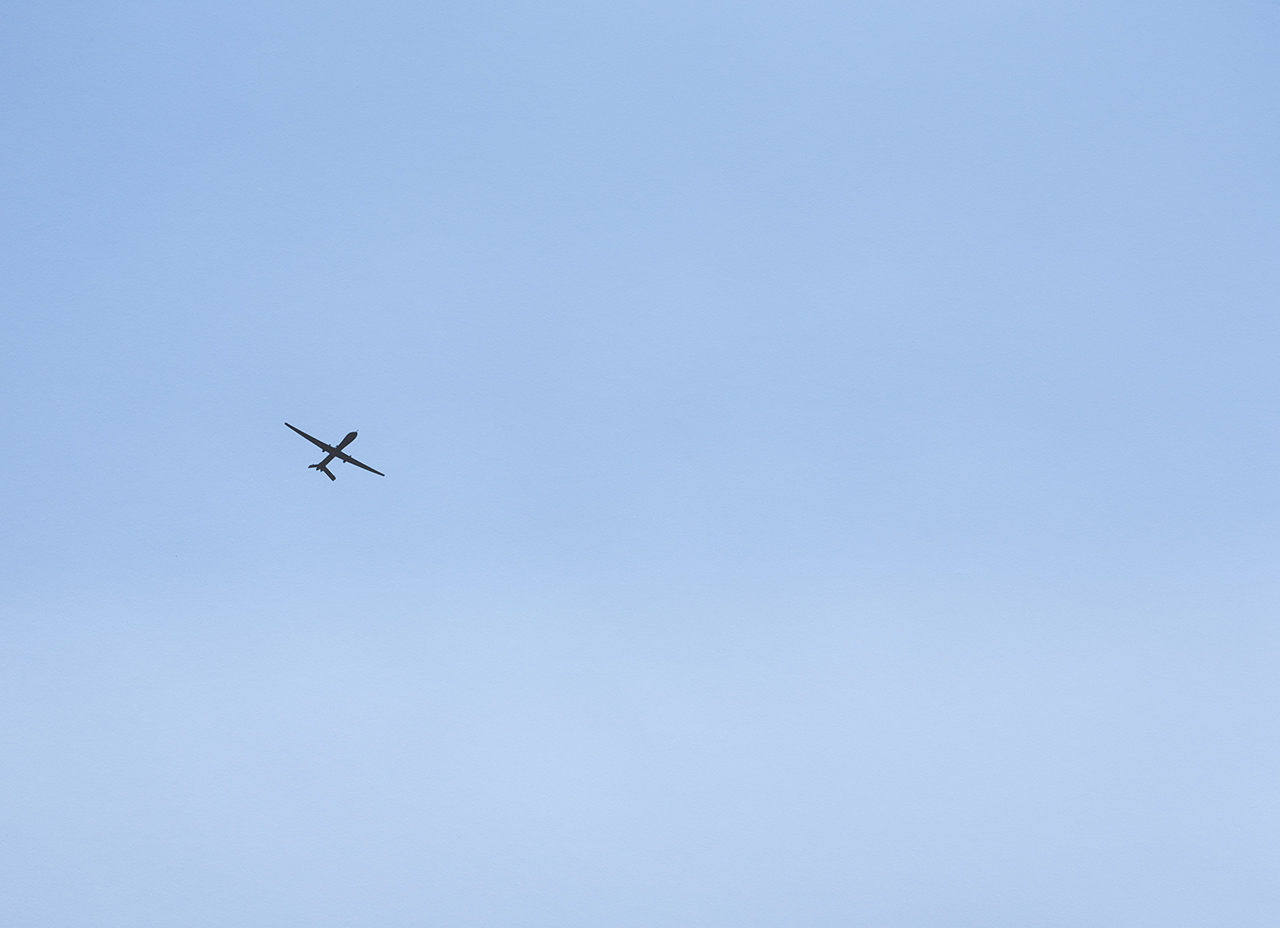 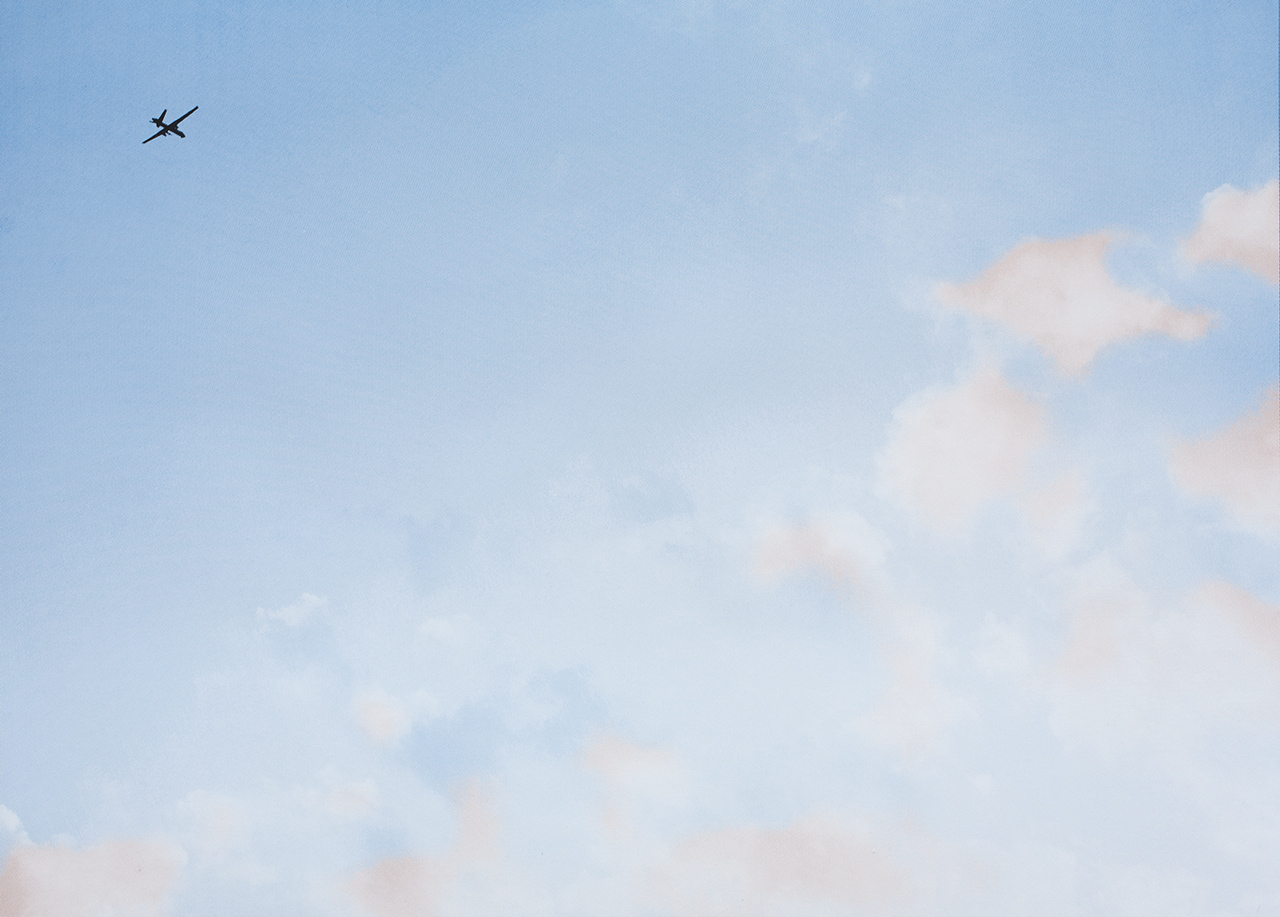 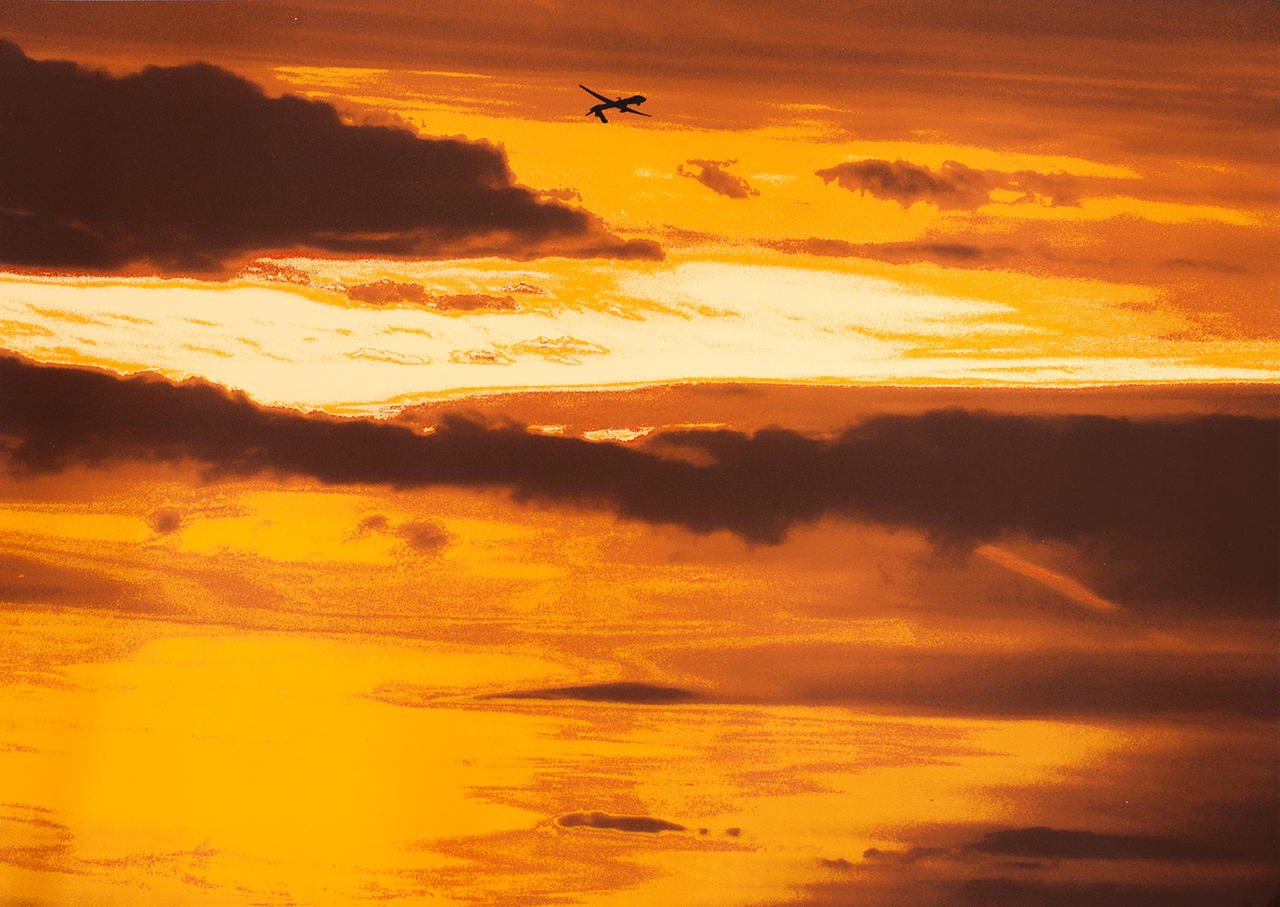 Unmanned is a suite of three screen prints.  It features picturesque images of sky and sunsets.  There are puffy clouds with hints of a setting sun, a cloudy sunset and a cloudless day, all with rich and saturated colors typical of sentimental landscapes. Silhouetted against these lush settings we see US military drones at an ambiguous distance.  The rarely seen birdlike outlines are a triumphant sighting for some, bringers of death and destruction for others.

America has granted itself the right to kill anyone, anywhere in the world, without due process. The victims may be the US’s intended targets or anyone else, adults or children, US citizen or not.  Every Tuesday, US President Barak Obama meets with advisors and sorts through “terrorist baseball cards” and “nominates” some people on those cards to be placed on a secret “kill list,” some of whom will be killed without warning by drones controlled from afar.*  The Attorney General asserts that this murder without trial is legal under American law.  These are war crimes, yet many in the American public accept the policy. These screen prints combine the fetishization of weaponry in American culture—with terms like “hellfire missile,” “IED,” “stealth bomber,” “predator”, etc. all entering the popular lexicon—with the invisibility to Americans of the suffering caused by America’s wars.