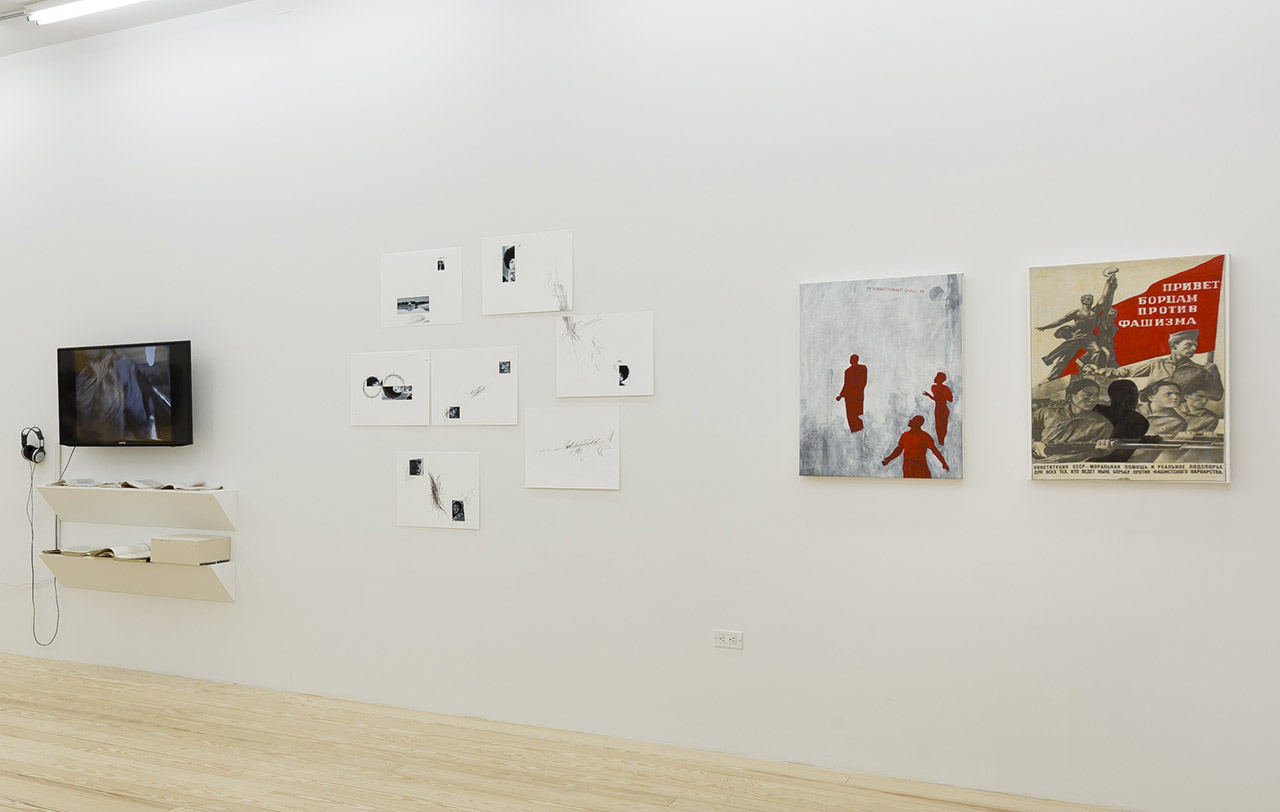 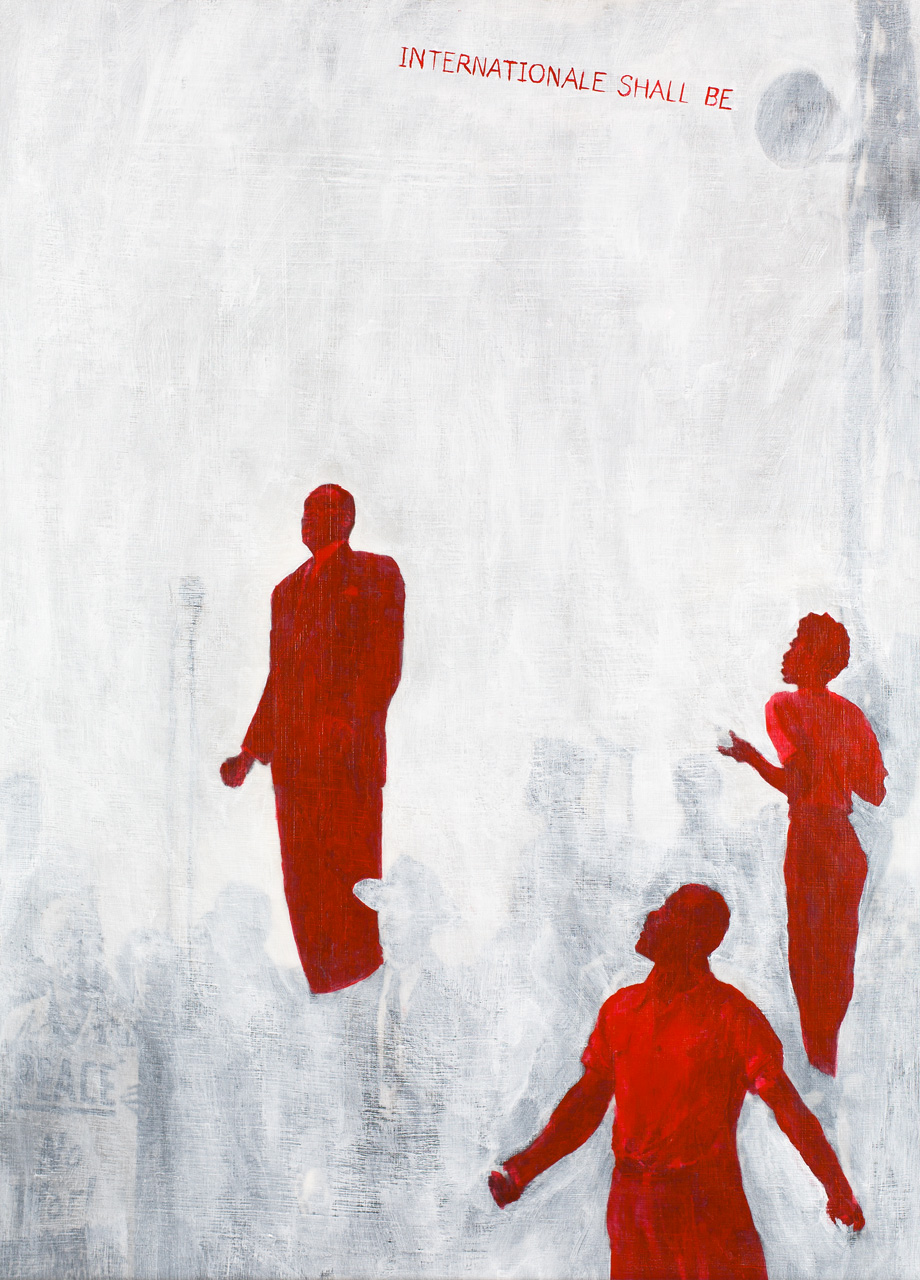 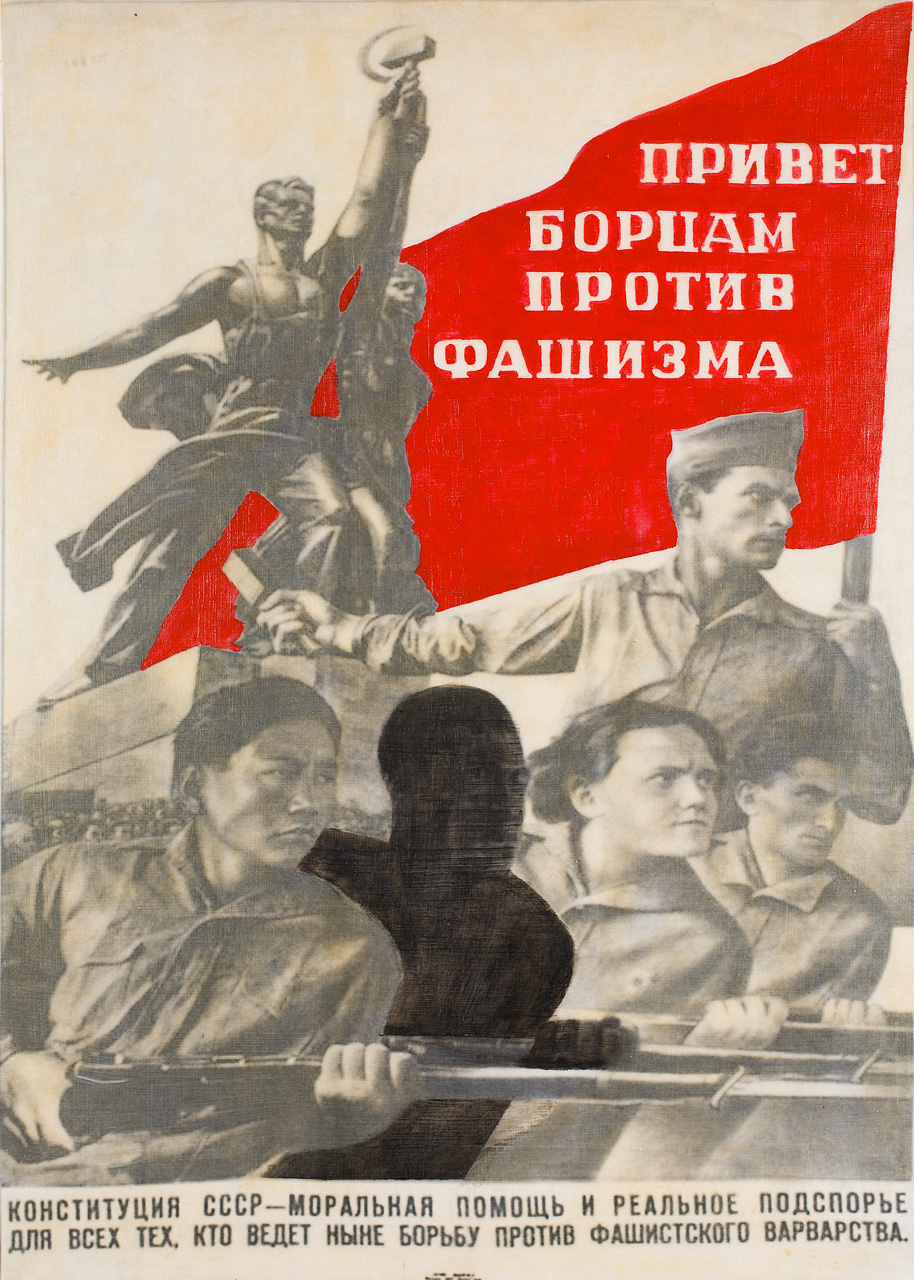 Constitution of the USSR and International Shall Be are part of the Wayland Rudd Collection, a collaborative project organized by Yevgeniy Fiks that focuses on the representation of Africans and African-Americans in Soviet visual culture. A point of departure for this project is Fiks’ collection of over 200 Soviet images (paintings, movie stills, posters, graphics, etc.) of Africans and African-Americans spanning from the 1920s to the 1980s. Fiks invited contemporary artists and academics to select one or more images from this collection and to respond to it, either via artwork or other forms.

Wayland Rudd was an American actor who began performing in the Hedgerow Theater in Rose Valley, Pennsylvania under the directorship of Jasper Deeter. Rudd first received critical acclaim for his performance in Eugene O’Neill’s “Emperor Jones.” Frustrated over racism in the entertainment industry, Rudd moved to the Soviet Union in 1932 where he began a successful career in Soviet Theater and Film including work with the famed Russian Director Vsevolod Meyerhold.

The Wayland Rudd Collection was first displayed at Winkleman Gallery in NY, 2014.  For more information about the project, click here.